Update: many of the original links appear to have been broken, so try this for the BMJ investigation reports and then click through to the full list of documents here.

The CTSU is the Oxford Clinical Trial Service Unit. Where this ends and the CTT (Cholesterol Treatment Trialists) Collaboration begins or where CTT ends and where Sir Professor Rory Collins and Colin Baigent and co. begin or end, I know not. One gets the impression that the web between the parties is not intended to be clear.

This is the group that promotes statins. This is the group that holds data on statin side effects, which it won’t share with doctors and patients who would like to know about these statin side effects. Pause to digest that for a second. There is clinical trial information about what the most prescribed drugs in the US and UK could do to humans and researchers refuse to share it.

It was the lead member of this group, Sir Professor Rory Collins, who recently attacked the BMJ for publishing two articles that referenced the same peer review article finding about statin side effects. Not only did Collins attack the BMJ he went entirely outside the journal’s normal process and demanded that the two articles be retracted. The first was by John Abramson, Harriet Rosenberg, Nicholas Jewell and James M Wright;  the second was by Dr Aseem Malhotra.

I covered Collins’ attempt at censorship in this post (after the Dr Maryanne Demasi Catalyst bit). In writing the post I found a declaration of interest involving over £115 million by CTSU member, Colin Baigent, repeatedly mentioning Collins/CTT/CTSU. This is in fact less than half the funding that the CTSU has received from commercial organisations. The MRC (Medical Research Council) and BHF (British Heart Foundation) funding, which they declare more readily, is in addition to the eye watering sums that they get from the hands that feed them.

The documents published as part of the panel review

The BMJ’s editor, Dr Fiona Godlee, called for an independent panel to be set up to investigate Collins’ demands. The full report of the panel is here, (published 1 August 2014). The outcome was that the panel found that neither the Abramson et al paper nor the Malhotra paper should be retracted.

The far more interesting outcome was the supplementary information that was published alongside the panel’s full report, in the BMJ spirit of openness and honesty. In particular, some “not for publication” letters written by Collins. If you make such serious demands, that a world regarded journal retract two papers, you don’t get to call the shots on what remains hidden. Hence much “Supporting Documentation” has been published by the panel called upon to investigate Collins’ demands.

Letter SP17, dated 31 March 2014, has an interesting “P.S.” (direct Collins’ quotations in blue and italics for ease of reading).

“P.S. Conflicts of interest: There have been a number of comments in the BMJ and elsewhere about potential conflicts of interest in this area, so it may be helpful to provide you with some background. CTSU’s coordination of the Cholesterol Treatment Trialists’ Collaboration (CTTC) has been funded by the Medical Research Council and British Heart Foundation, without any commercial funding.”

You can read the full P.S., for it is quite long. It ends as follows:

“As we are all aware, a range of potential conflicts of interest exist and it is important that there is transparency (as, for example, with the BMJ’s advertising and sponsorship revenue from vaccine manufacturers which it inadvertently omitted to report when commenting on the MMR vaccine and autism story). With respect to CTSU, we have had a policy for more than 20 years of not accepting honoraria, consultancy or other payments directly or indirectly from industry, except for research grants and reimbursement of travel and accommodation to take part in scientific meetings (see attached)…  Please could you let me have details of all conflicts of interest that have been declared by the authors of the Abramson and Malhotra papers (including the size of all payments that they have received for any statin-related work)?”

The conflicts of interest for the Abramson article were openly declared at the end of the article (as is BMJ policy) (JDA is John D. Abramson and NJ is Nicholas Jewell):

Competing interests: JDA and NJ serve as experts for plaintiffs’ attorneys in litigation involving the drug industry (including a statin). JDA has received payment for lectures from several universities, medical schools, and non-profit organisations. He was formerly executive director of health management for Wells Fargo Health Solutions.

The conflicts of interest for the Malhotra article were openly declared at the end of the article (as is BMJ policy). There were none to declare.

Letter SP18, dated 14 April 2014, reiterated demands for the conflicts of interest of Abramson and Malhotra to be declared. “Please would you let me have the details of all conflicts of interest for Abramson et al and Malhotra, including the amounts of any payments that they have received for any statin-related work? This is information that should quite properly be in the public domain. In a spirit of reciprocity, I have attached the details of all grants from industry to CTSU for our research covering the past 20 years and more…” You’ll find this item – SP21 – in the supplementary information. If you open one link in this whole blog, make sure it’s this one.

This is priceless. “In a spirit of reciprocity, I have attached the details of all grants from industry to CTSU for our research covering the past 20 years and more…” Just look at that list. It doesn’t even include funding from the MRC, Cancer Research-UK or the BHF. It’s difficult keeping track of all the millions but I got to £268 million give or take a few hundred thousand. Plus, as Hannah Sutter discovered here, (point 4 especially), the MRC seems to be an indirect delivery mechanism for further pharmaceutical funding.

Who is being open and honest here?

Abramson & Malhotra declared their interests openly in their original articles, the latter having nothing to declare.

On 31 March 2014, Collins demanded “details of all conflicts of interest for Abramson et al and Malhotra” when all he needed to do was read them at the end of the articles to which he so objected. In the same letter, Collins told the BMJ “CTSU’s coordination of the Cholesterol Treatment Trialists’ Collaboration (CTTC) has been funded by the Medical Research Council and British Heart Foundation, without any commercial funding” (my emphasis).

Just two weeks later, Collins sent the BMJ “all grants from industry to CTSU for our research covering the past 20 years and more…” “In a spirit of reciprocity...” The commercial funding came to c. £268 million.

In the most recent statin article listing Collins as an author on pubmed, scan all the way down to “funding” and the funding declaration opens with info on the China part of the study. The bit relating to Collins/CTSU etc states “the Clinical Trial Service Unit and Epidemiological Studies Unit (CTSU) at Oxford University also receives core funding for it from the UK Medical Research Council, the British Heart Foundation, and Cancer Research UK.” What about the £268 million?

I thought I’d see when Collins last wrote for the BMJ and what he declared when he did so. He wrote about confidential data of all things! Sadly not on open view, but I have seen a copy of the full paper. At the end of the article we see the following:

What, not even the fact that you have commercial agreements in place prohibiting the sharing of data? i.e. keeping that data confidential?

I have followed this saga with interest because it has been a saga – of arrogance, accusations and demands. We must not let the Eastenders style drama detract from what the real scandal is here. The real scandal is that a research body holds data, which could provide vital information for patients and doctors about the serious adverse effects for the most widely prescribed drugs in the Western world and the body will not release the data. This blog confirms this fact. See the email from Colin Baigent to Dr Maryanne Demasi (the Catalyst Programme presenter who has also been censored) on 24 Sep 2013 10:44:01: “It is important to recognise that data from participating trials are not owned by the Collaboration [CTT], but remain the property of the trial sponsors, so we are not able to provide unlimited access to the combined database.”

I interpret this as – we receive £268 million from trial sponsors and it is not in their interests for side effect data to be shared. And if some patient loving cardiologist, with no such conflicts of interest, dares to suggest that statins have side effects (when we hold that information and won’t tell him) we’ll bypass the BMJ process and demand retraction. 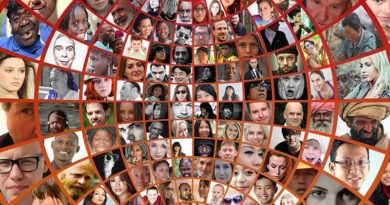 Statins don’t work well for half those who take them 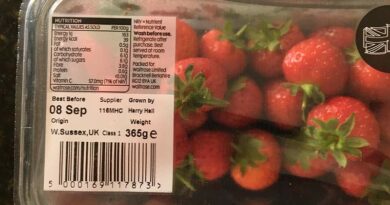 Saturated fat – an end to the myth?