Statin side effects pave the way for son of statins…

In May 2014, two doctors were maliciously attacked by a researcher. The researcher heads up the Clinical Trial Service Unit (CTSU) at Oxford University.

The doctors’ crimes (they were independent, but the same) were to mention that statin side effects might affect approximately 18-20% of takers. Both doctors referenced a peer reviewed article, which said that “the rate of reported statin-related events to statins was nearly 18%.” (The researcher demanded a retraction of both articles and continues to want the journal editor’s head on a plate, so to speak.

The journal commissioned an independent investigation to see if the articles should be consigned to Orwellian thought police archives. The best thing about the investigation was that it emerged that the researcher’s unit had received £268 million from pharmaceutical companies/interested parties. (Are you thinking what I’m thinking?!)

Wind forward to 4th April 2016 and an astonishing paper was published in The Journal of the American Medical Association (JAMA). The paper opened with the words: “Muscle-related statin intolerance is reported by 5% to 20% of patients.”

That’s just muscle-related statin side effects – what do the numbers become when mind, mood, memory, mo-jo and more side effects are added in?!

The study reported in the JAMA paper was funded by Amgen (remember that name). The combined conflicts of the authors covered most drug companies that make cholesterol lowering medications (I couldn’t see any not represented). Even more interesting was the fact that one of the authors, David Preiss, is a member of the CTSU. The same CTSU headed up by the researcher demanding the retractions for even mentioning that statin side effects could be as high as 20%.

What’s going on is that it has become strategic to attack statins. Statins are now off patent – pharma speak for not being worth as much money any more. In preparation for the end of the gravy train, researchers have been working on other ways to lower cholesterol. The fact that higher cholesterol is associated with lower deaths (for men and women, from heart disease and all-causes) seems to have conveniently escaped their notice.

The powers that be have tried all sorts to find the next blockbuster cholesterol-impairment drug. Most notably they have tried, and failed, to raise HDL, which they think is good cholesterol when it is a lipoprotein. Maybe that’s why they failed.

The one that they have managed to get past drug approval bodies (which is sadly not difficult when most of those are conflicted) is called a PCSK9 inhibitor. (It spell checks to “pesky”, which amuses me).

If I told you that a drug went on sale on 1st September 2015, which involved fortnightly injections at a cost of £4,000 a year and for which trials on incidents or deaths had not even started, you might be shocked. That’s exactly what happened. A drug named “Repatha” went on sale, having been “granted marketing authorisation” (note marketing authorisation, not drug approval) by the European Medicines agency on 21st May 2015.

Repatha is a PCSK9 inhibitor. One of a human’s estimated 20,000-25,000 protein coding genes is PCSK9. The PCSK9 gene provides instructions for making a protein that helps to regulate the amount of cholesterol in the blood stream. The PCSK9 protein controls the number of low-density lipoprotein (LDL) receptors on the surface of cells. LDL receptors are particularly plentiful in the liver, enabling the liver to remove cholesterol from the blood stream as needed. This is how the body is designed to work.

My fundamental objection to all drugs that are designed to stop the body doing what it is designed to do, is that I don’t like money-motivated, share-holder driven, pharmaceutical companies ‘playing God’. I trust evolution more than Pfizer and Amgen.

What we need to know about Repatha/PCSK9 inhibitors

There are probably only two key things to know:

1) Repatha has no proven benefit for heart deaths or events.

To quote the European Medicines Agency: “The effect of Repatha on cardiovascular morbidity and mortality has not yet been demonstrated” (p.11 ).

You may want to read that again. Repatha will cost you/the health service £4,000 a year and it has not been shown to have any effect on heart disease or deaths. It will lower your cholesterol and that is it.

The marketing to demonise cholesterol has been so long and effective – it is quite possibly the best marketing campaign that has ever been undertaken – that people think that cholesterol lowering is the end goal – a benefit in itself. This is The Great Cholesterol Con.

In a media article on the eve of the drug going on private sale, it was noted that “While it is proven the drug lowers cholesterol, its manufacturer Amgen is conducting trials involving 27,500 patients in an attempt to show it saves lives, with results expected in 2017”. The crazy mad world, of pharmaceutical companies and drug approval agencies, considers it sufficient that a drug lowers an arbitrary measurement – in this case cholesterol – no actual health impact is required.

No matter the topic of any blog I write, at the end of the post there are more comments about cholesterol than anything else. People fear cholesterol. People are obsessed with lowering it. Otherwise intelligent doctors think “the lower the better”, without having stopped to wonder why the body is making cholesterol 24-7 if it’s so deadly.

Did you know that statins were also marketed on the basis of cholesterol lowering, rather than proven heart health benefit? Here’s a gem of a quotation from Dr Malcolm Kendrick’s book – Doctoring Data. Pfizer are the makers of the biggest drug blockbuster of all time: the statin Lipitor. It earned them $125 billion during its patent lifetime. (That’s the GDP of Ukraine as a guide, or more than the GDP of 70% of the world’s countries to put it in perspective.) As Malcolm shares in Doctoring Data:

“For many years Pfizer were forced to include this little snippet at the bottom of their adverts in the US: ‘Lipitor has not been shown to prevent heart disease or attacks.’”

As Malcolm continued: “I would be willing to bet that you did not know that.”

2) The other thing that you probably should know about Repatha/PCSK9 inhibitors is that the side effects are probably unknown and/or under reported.

Given that the side effects of statins were denied to the point of vicious personal attack almost 30 years after their introduction, you should probably not expect the side effects of PCSK9 inhibitors to be researched fully, let alone openly declared. The prize is simply too huge for irritations like side effects to be allowed to get in the way.

Fortunately, patient leaflets have to tell the truth, or CEOs can end up in jail. The Repatha patient leaflet already cautions that there are many common side effects (i.e. those that affect up to one in ten people): “Flu (high temperature, sore throat, runny nose, cough and chills); Common cold, such as runny nose, sore throat or sinus infections (nasopharyngitis or upper respiratory tract infections); Feeling sick (nausea); Back pain; Joint pain (arthralgia); Injection site reactions, redness, bruising or pain; Rash.” I’m not sure I want fortnightly injections, let alone any of those side effects (many, such as aches and pains, are very similar to those found with statins). The International Network of Cholesterol Skeptics (THINCS) has far more sinister predictions of the harm that will likely be done by drugs that inhibit the operations of one of our protein coding genes.

NICE originally rejected Repatha on the basis that the cost/benefit was unproven. On the basis that the cost was £4,000 per patient and the benefit was non-existent, this was the only decision that could be made. It should remain the only decision that can be made, but I suspect that NICE will approve Repatha sooner or later. This will be the inevitable outcome of having the NICE review committee suitably staffed with pro-drug support, as has been the case with statins.

Hence the JAMA article attack on statins. NICE need to be given reason to support a drug that has no proven heart disease benefit and a substantial patient annual cost. The current belief is that PCSK9s are not needed because the world has statins. The world is now ready for the truth about statins, therefore: side effects are serious and affect a significant proportion of people (the desired conclusion being that these people would be better off on PCSK9s). Before long more and more people will be moved onto PCSK9s and the son-of-statins will be crowned.

Armed with the full picture, the JAMA paper ceases to be astonishing and becomes breathtakingly cunning and calculated. The prize from PCSK9s could be more like the GDP of Russia than Ukraine – Bond villains have done worse for less than that. If attacking statins is a necessary step on the road to riches beyond riches beyond wild dreams, then so be it. If that means admitting something that has been denied and defended for three decades, then so be it. If that means apologising to Dr Assem Malhotra and Dr John Abramson – the two doctors attacked – then – don’t hold your breath. 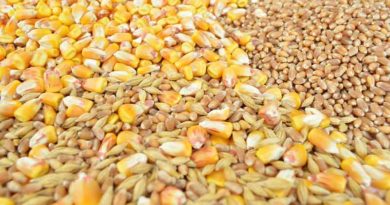 Why do studies conclude that fiber is associated with better health? 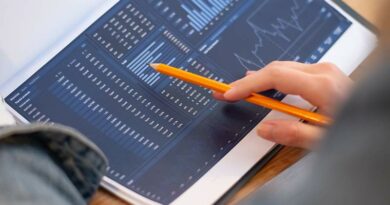