On 10 June 2014 there were global headlines about a ‘condition’ called pre-diabetes. From the Mail telling us that “A third of adults have ‘borderline’ diabetes – but most don’t know: Rising tide of obesity means number who have ‘pre-diabetes‘ has trebled since 2006″ to the Huffington Post proclaiming “Most People In England Have Borderline Diabetes, New Study Reveals“.  One third was never most people when I did proportions, but anyway.

Here is the summary of the study and findings from a journal web site and here is the original (full) article.

A quick review of the article should have made the media far more challenging, instead of just taking the press release headlines:

2) People were diagnosed with pre-diabetes if they had glycated haemoglobin (an indicator of blood sugar levels) between 5.7% and 6.4%. This is the US guideline for ‘pre-diabetes’. The UK guideline is 6.0-6.4%. This would have over-predicted the idea of having a pre-condition.

3) The introduction to the full article in the BMJ is worth a read. The introduction notes that England set up a scheme to offer people aged between 40 and 74 a health check to try to pick up blood glucose concerns (and other things). Then it admits that “the scheme is controversial since randomised trial evidence does not show that health checks reduce morbidity or mortality.” i.e. these health checks made no difference to health or death. The article then notes the concern about “the extent to which medicine is extending the boundaries of illness through new definitions of disorders, with a consequent risk of treating more people than necessary.” I couldn’t have put it better myself. That should have been the headline.

The issues with the headlines on pre-diabetes aren’t, however, the main focus of this post. This post is about the fact that normal is being redefined as abnormal to the point that normal is no more. The whole concept of pre-diabetes is just one example and it’s by no means the first distortion in the diabetes world…

Aside from this created condition of pre-diabetes, the definition of diabetes itself has been manipulated. There’s a useful diagram here (scroll about half way down), which has a clear illustration of the game being played.

The curve in this graph is known as a “normal distribution”. This means that, when we plot the population, people are normally (typically) distributed as this curve indicates – most people are in the middle and fewer people at both ends. The peak of the hump indicates the average (mean and mode in this case if you like stats). The average fasting blood glucose level is 100 mg/dL (this is the US measurement – UK would be 5.6 mmol/L). Don’t worry about the mgs and the mmols – we’ll just call them US and UK measures from now on. So 100 (US)/5.6 (UK) is the true average of the population. There are very few people with a fasting blood glucose level of 50 (US) and about the same number of few people with a fasting blood level of 150 (US) – most people fall within the 60-140 range (US) (3.3-7.7 UK).

Then see what has happened. Diagnosis of diabetes used to occur at a fasting blood glucose level of 140 (US) 7.8 (UK). This is a number on that normal distribution curve and so is an entirely normal reading for a section of the population. Normal was redefined as high. But then it got worse. Back in 1997, high was re-re-defined as 126 (US) and another large segment of entirely normal people became abnormal.

The UK uses the same benchmark to diagnose diabetes. This states that diabetes is diagnosed at a fasting blood glucose level above 6.9 UK (126 US). If you look at what the UK thinks is normal, it is arguably worse than the US graph. The UK has defined normal fasting blood glucose levels as 4.0-5.9 (72-106 US). The true centre of the norm from the graph is 100. The range which captures most people is thus 80-120 – not 72-106.

Normal is not normal. The medical world has overruled the human population and decreed that normal is not normal. Normal is now high and people shall be treated accordingly. Now that we have pre-diabetes on top, joy of joys, we can start medicating people even sooner than our re-re-defined norm would otherwise let us drug them. (Or we can give them ‘base your meals on starchy foods’ dietary advice and speed up their pathway to type 2 diabetes.)

This doesn’t just happen in the world of diabetes. Cholesterol is perhaps the most successful and horrific redefining of normal that the medical world has ever got away with. Look at figure 2, on page 3 of 5, here. It’s a graph of the normal distribution for cholesterol in the UK. There are two lines – one from the Health Survey for England and the other for The Health Improvement Network. The high point of the chart (the average) is 5.6 mmol/l (216 mg/dl) for the Health Survey for England and 6.3 mmol/l (243 mg/dl) for The Health Improvement Network. Both the red and blue lines follow a normal distribution (slightly skewed) with readings between 2 and 10. Can you imagine the reaction of your doctor if your cholesterol reading were 9-10 mmol/l (that’s 348-387 mg/dl)?! And yet it is absolutely normal that a section of the population will have this as their normal reading, just as a section will have a normal cholesterol level of 2-3 (77-116 mg/dl).

Just as happened with diabetes, normal is not allowed to remain normal. The medical profession has redefined cholesterol to be high at the absurdly low number of 5 mmol/l (193 mg/dl). You can see from the graph that only a small proportion of the population would have a cholesterol level below 5 in normal circumstances. Indeed, if you look at government data measuring people against this made-up target – the Health Survey for England for example (summary of key findings) – we have the crazy situation (page 22) where it is noted that 80% of men and women in many age groups have cholesterol levels above the government target of 5.0 mmol/L. That’s not because 80% of people have ‘high cholesterol’, but because normal has been redefined as high so people cannot be normal any more.

You know why this happens. Normal people have no value whatsoever to the pharmaceutical industry. But redefine ‘normal’ as hi gh and suddenly healthy people can be medicated. This is how Lipitor was able to earn $125 billion for Pfizer during its patent. And who sets the targets?

In America, they are set by the National Cholesterol Education Programme (NCEP). The 2004 NCEP financial disclosure report reveals that ALL members of the 2004 guideline participants had received payments and/or grant funds from some, many or most of the following organisations: Abbott, Astra Zeneca, Bayer, BMS-Sanofi, Bristol-Myers Squibb, Esperion, Fournier, Glaxo SmithKline, Kos, Lipid Sciences, Merck, Novartis, Pfizer, Procter & Gamble, Reliant, Sankyo, Takeda, Tularik, Wyeth. (For full details of conflicts see point 3 on this post.)

In the UK they are set by the National Institute of Clinical Excellence (NICE). Here are their conflicts – 8 out of 12 of the NICE panel members have conflicts of interest with the statinators.

Blood pressure is the same. Here is a journal article with a couple of very interesting graphs – open up figure 1 and figure 2. Figure 1 is the higher number when you have your blood pressure reading (the 140 in 140/90 kind of thing). This shows that the normal blood pressure range for the general population is anywhere from 90 to 240 as the top number, with 130 being the most common reading (mode) and the average (mean) being around 140.

Figure 2 is the lower number (the 90 in the 140/90) and this ranges from 50 to 130. The most common is around 85 and the average is around 90. So the true average blood pressure (BP) in the normal population is approximately 140/90. You may be aware that 140/90 is the definition of high BP. Yet again, normal has become high and now everyone who is deemed high shall be medicated, when they are in fact normal.

In the Western Journal of Medicine, (May 2002) Thomas Samaras and Harold Elrick posed the question “Height, body size and longevity – is smaller better for the human body?” The study took 100,000 males from 6 different ethnic populations – in the same city (California) to try to normalise other factors. The table had the following height orders (tallest first): African Americans; White Americans; Hispanics; Asian Indians; Chinese and Japanese (the first two groups were recorded as of equal average height – 70 inches).

The death rates for all causes and coronary heart disease (CHD) were presented in the study. A clear pattern was immediately obvious. I calculated the correlation coefficients as 0.85 for height and CHD and 0.9 for height and all causes of death (1 is a perfect relationship – scores of 0.85 and 0.9 are very strong relationships).

What if we concluded that height were a cause of CHD (and all causes of death) and that we should therefore redefine the average height to declare the actual average of 69.7 inches (for all American men) to be abnormal? What if we made up a new target 10% lower than the actual average and decreed that normal height should be 63 inches? We could then administer drugs to stop growth hormones from doing their job. I trust that this analogy disturbs you and yet…

The Chinese practice of foot binding – an artificial intervention in the normal development of the human body, to achieve an artificial ‘norm’ – was thankfully outlawed in the early twentieth century, but trying to reduce many other genuine human norms – from diabetes to BP – has now become common practice and big business. 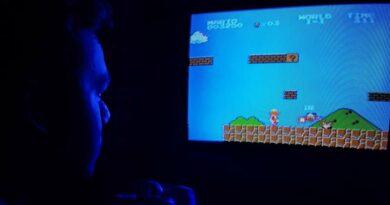 Is lack of sleep making us fat?

38 thoughts on “Diabetes, Cholesterol, BP: Normal is no longer normal”