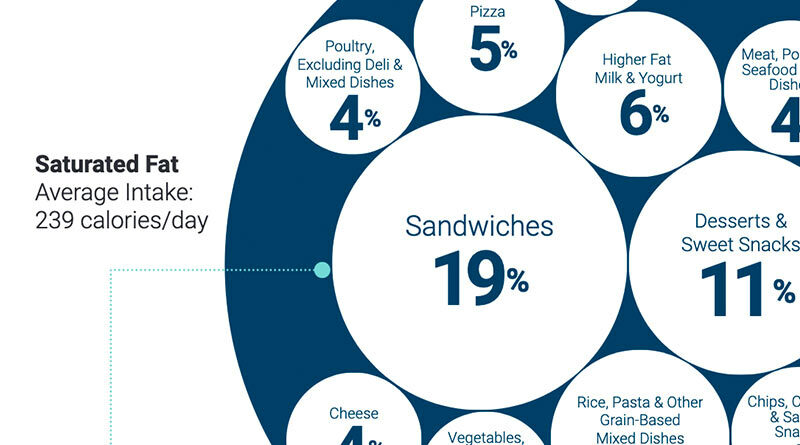 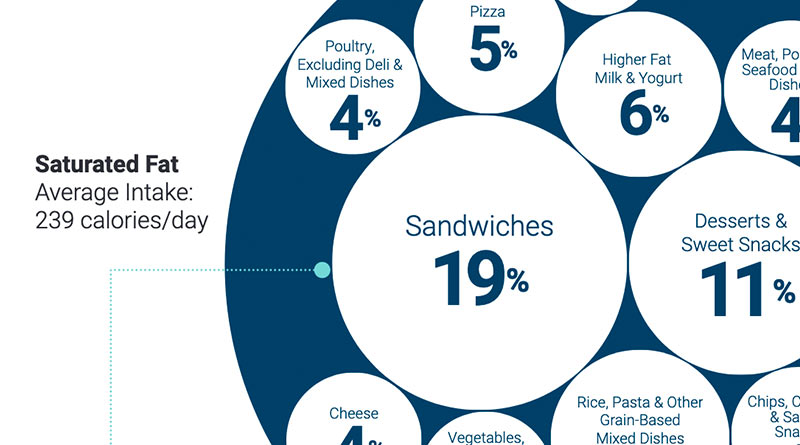 * The 2020-2025 DGAs featured three key attributes: i) they are for healthy people only (quantified as 40% of Americans); ii) they focused on dietary patterns more than individual nutrients; iii) they are the first DGAs to cover the whole lifespan – infants and pregnant/lactating women have been included for the first time.

* Five dietary patterns were presented in the DGAs – two for toddlers and three for those over two years old. Two of the five diets were vegetarian (one for toddlers and one for those over two years old). Despite one of the overarching guidelines being "Focus on meeting food group needs with nutrient-dense foods", the DGAs advised that supplements would need to be taken with the vegetarian diets.

* Dietary cholesterol was not a nutrient of concern to the 2020-2025 committee.

* Saturated fat remained the main nutrient of concern for the committee. The DGAs highlighted the fact that fake food (sandwiches, desserts, sweets, snacks, pizza, chips, fries etc) was the main source of saturated fat in the American diet. Instead of issuing guidelines steering people away from junk, the committee continued to damn saturated fat.

* The opportunity to issues dietary guidelines that could genuinely make a difference to human health has sadly been missed for another five years.

“The Dietary Guidelines is designed for policymakers and nutrition and health professionals to help all individuals and their families consume a healthy, nutritionally adequate diet. The information in the Dietary Guidelines is used to develop, implement, and evaluate Federal food, nutrition, and health policies and programs. It also is the basis for Federal nutrition education materials designed for the public and for the nutrition education components of USDA and HHS nutrition programs. State and local governments, schools, the food industry, other businesses, community groups, and media also use Dietary Guidelines information to develop programs, policies, and communication for the general public.”

I reviewed the Scientific Report on July 27th, 2020 (Ref 3). In that note, I covered the history of the Dietary Guidelines for Americans (DGAs) since they were first introduced in 1980. The first DGAs were very prescriptive with amounts recommended to the percent, gram and milligram for carbohydrate, fat, saturated fat, dietary cholesterol, sugar, and salt. The next significant changes in the DGAs came in 2005, when the 30% cap on total fat was replaced with the introduction of Acceptable Macronutrient Distribution Ranges (AMDRs). The AMDR for fat was 20-35% and this has not changed since. Since 2005, dietary/eating patterns have become increasingly prominent. The DASH diet (Dietary Approaches to Stop Hypertension) was the first dietary pattern to be featured (although the famous Food Pyramid had been used as a guide until this point). Vegetarian and Mediterranean-style dietary patterns have been added since. 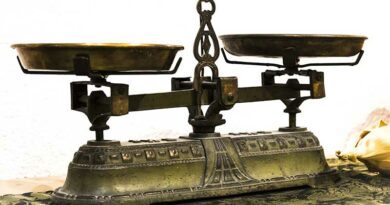