This story was in the Daily Mail December 22 2010.  The headline says “World’s Worst Dieters” but the article is only talking about women, so we need to be fair to men here.

SPA Future Thinking, a market research firm did a “Question of Taste” survey. They surveyed 1,534 women around the world in the following countries: Brazil,  China,  France, Germany, UK and USA. Some of the key findings were:

1) Although most adults are on a diet (defined by some kind of restrained eating) for much of the time, 34% of British women had gained, rather than lost, weight over the previous year. This compared to 19% of German women who had gained over the previous year (that’s still a lot of people on the rise in the absence of many people losing).

2) 86% of British women had not lost weight since the previous year – this was the worst ‘dieting success statistic’. This is interesting because we have known for 50 years that sustained weight loss (on eat less/do more diets) has a 98% failure rate:

“Having reviewed the literature from the first half of the twentieth century and having done their own study Stunkard and McLaren-Hume (1959) concluded “Most obese persons will not stay in treatment for obesity. Of those who stay in treatment, most will not lose weight, and of those who do lose weight, most will regain it.”  Stunkard and McLaren-Hume’s own statistical study showed that only 12% of obese patients lost 20 pounds, despite having stones to lose, only one person in 100 lost 40 pounds and, two years later, only 2% of patients had maintained a 20 pound weight loss. This is where the often quoted “98% of diets fail” derives from.” (From The Obesity Epidemic: What caused it? How can we stop it?)

This statistic is astonishingly supportive of  Stunkard and McLaren-Hume’s finding. They found that only 12% of patients lost 20 pounds. This survey is saying only 14% lost anything at all.

3) Half of the British women surveyed said that they exercised for less than 3 hours a week.  Here’s the really interesting exercise bit, however – French and American women exercised the least – with almost a quarter doing less than half an hour per week. Using the most recent World Health Organisation estimated prevalence for female obesity per country, we find the following (the WHO takes women as aged 15+):

So – the most obese and closest to the least obese exercise the least. The Daily Mail article quotes “diet experts” (not named) as saying “people are simply doing too little exercise.” On this evidence it doesn’t do the French any harm. Could it be that French women eat meat, fish, dairy and vegetables and very little refined carbohydrate and American people are told to base their meals on carbs?

4)  British women were only second in reliance upon convenience food – USA ‘won’ this category with 20% reliant on convenience food. The British figure was 13%. The other countries were in single figures – France and Germany at 6%.

If you want to be a successful dieting statistic this time next year, here are my top 3 tips:

1) Eat food – real food only and no processed food;

3) Manage your carbohydrate intake. Most people should be able to lose weight successfully with just tips 1&2. If you have weight to lose and are not losing by including ‘good’ carbs in your diet – these are the ones that need to go. Very carb sensitive people are becoming increasingly commonplace (hence the 171 million diabetics in the world – WHO data again) and they often need to cut back to naturally reared meat, fish, eggs, vegetables and salads to lose weight – no potatoes or grains or fruit or even dairy products in extreme cases. 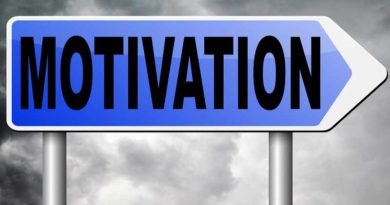 One thought on “UK Women are the “World’s Worst Dieters””