As someone working exclusively in the world of obesity, diets and weight loss, I confess that Victoria Beckham (aka Posh Spice) fascinates me. Other than Nicole Richie, it is difficult to think of someone who has stayed so skinny for so long.  Having personal experience of the misery caused by low calories diets, I have huge sympathy for Victoria – no wonder she always looks tired and is never seen smiling.

Born on 17 April 1974, while Victoria’s height and weight are not public knowledge, the general consensus is that her height is 5’4″ and her weight is no more than 7 stone. If her height is 5’4″ and her weight is 7 stone, this would give her a (Body Mass Index) BMI of 16.8 – underweight – and well below the BMI of 18-19 that doctors try to help anorexics to reach while hospitalised (18.5-24.9 is considered a healthy range for one’s BMI). The on line site, handbag.com, (page 2) even suggests that Victoria’s BMI could be as low as 15.3 – this would almost meet immediate hospitalisation guidelines if this were discovered in a young anorexic.

One doesn’t need to know the precise BMI to know that Victoria is underweight. Pictures show the characteristic lolly pop head on the lolly pop stick body; the scrawny neck and the jutting collar bones and visible rib cage. I was personally very surprised to hear that Victoria was expecting another baby, as I would have put money on the fact that she was too low a body weight and too low in body fat to conceive. She may still be too low in both to have an optimally healthy baby.

What does Victoria eat?

Again – one can not know this for sure. David Beckham probably doesn’t know this fully, as their work lives often keep them apart. In an interview in The Sun the reporter noted that Victoria ate gilled fish and salad, water and peppermint tea but that she was trying to allow herself toast carbs for breakfast (but also trying to run 4 miles every day). Other on line reports are that Victoria eats strawberries, salad, fish, sushi and you won’t find much else mentioned.

I would expect that Victoria managed to get to an unnaturally low weight by following a very low calorie diet and that she has now ‘reached equilibrium’ at this very low calorie intake. She may be trying to live on 500-1,000 calories a day. The calorie theory (the myth that we will lose 1lb of fat for every 3,500 calorie deficit we create) can be proven wrong by Victoria alone – she should still be losing 1-2lbs a week every week at this incredibly low intake and yet she looks like she stopped losing some time ago – but she now needs to stick to this very low calorie intake to avoid regaining to a more natural/healthy weight.

Victoria caused quite a stir when she was seen carrying the book Skinny Bitch. This book is vulgar, aggressive and extremely unpleasant to read and has been called The Vegan Bible. The book is in favour of fruit, whole grains – carbs basically and is against animal products of any kind. Unfortunately for the now expecting Victoria, it is an inescapable nutritional fact that the most nutritious foods on the planet come from animal sources. Nuts and seeds are the most nutritious non-animal products, but dieters often shun these anyway due to their fat and calorie content.

All micro nutrients (vitamins and minerals) are critical for the mother’s health and the baby’s health during pregnancy. One can only be found in animal foods – vitamin B12, which is critical for the functioning of the brain and nervous system, blood formation and the entire metabolic process. Other nutrients are very difficult to get in the absence of animal foods – here’s an extract from my book: “The Obesity Epidemic: What caused it? How can we stop it?”:

“Vegetarians would need to eat 26 medium eggs each day (1,634 calories) to get 10 micrograms of vitamin D – considered an “adequate intake”. Mushrooms, which have been exposed to sunlight, are the only conceivable option for vegans. Over two kilograms of such mushrooms would need to be sourced and eaten daily to deliver 10 micrograms of vitamin D. Ideally, but not an option for vegans, these would need to be consumed with butter to make them ‘bio-available’ to the body.” A good portion of sardines would deliver the vitamin D needed far more easily.

The fat soluble vitamins – A, D, E and K – are difficult to get if one doesn’t eat animal foods. The regular reports of Victoria eating fish suggest that she wasn’t persuaded to follow the Skinny Bitch rules. However, she seems fat phobic and is likely eating sushi and white fish – not liver, red meat, oily fish, butter, cheese and eggs – which will provide the nutrients that she and baby-to-be so desperately need.

How much weight should women gain during pregnancy?

Pregnant women certainly don’t need to eat for two – a woman actually needs no more energy (calories) in the first trimester and barely 300 calories a day more than normal in the final stage of pregnancy. That’s not much more than one Mars Bar. The average baby only weighs about 7-8 lbs at birth, and the fluids around it add up to not much more than a stone, so there is no need to put on more than a couple of stone during pregnancy. Having said this – starting from the point of being at least a stone underweight, Victoria would do herself and her baby a huge favour putting on more than this – 30-40lbs would be a perfectly healthy gain for her.

Interestingly, all three of Victoria and David’s sons: Brooklyn born 4 March 1999; Romeo born 1 September 2002 and Cruz born 20 February 2005, were reported to weight 7lbs at birth. This may be a convenient ’rounding’. If precise, 7lbs is a healthy weight – the UK average is just an ounce or two above this.

I am sure that Victoria and David are wishing first and foremost for a healthy baby and then secondly Victoria is known to hope to have a girl amongst her entourage of boys. To have the healthy baby – and the healthy mother – I really would love to see Victoria eating more and better.  I would be recommending red meat – ideally liver if she can bear the thought – it is nutritionally unbeatable; fish – especially oily fish; nuts & seeds; plenty of eggs; quality dairy products; vegetables and salad. The dairy products should ideally be what we call ‘full fat’. Full fat milk is still only about 3.5% fat, so this is a bit daft – but we need fat to deliver the fat soluble vitamins so essential for the health of mothers and babies.  If Victoria fancies fruit and whole grains (brown rice, quinoa etc) then enjoy some – but they are nutritionally lacking compared to the aforementioned foods.

I hope that Victoria has a healthy and happy pregnancy and I hope that she doesn’t return to the skeletal frame to which she has returned after her previous births. She is by all accounts an amazing mother, a loyal friend, a loved wife and now an acclaimed fashion designer. Let these be her legacy – not – she managed to be underweight for her whole life. Under weight literally means under nourished and under fed and she deserves more than this. I’d love to see her nourished, energetic, healthy, happy and smiling this time next year.

Portion sizes – by guesswork or by nutrients? 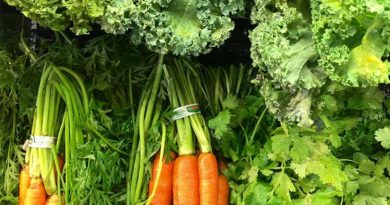