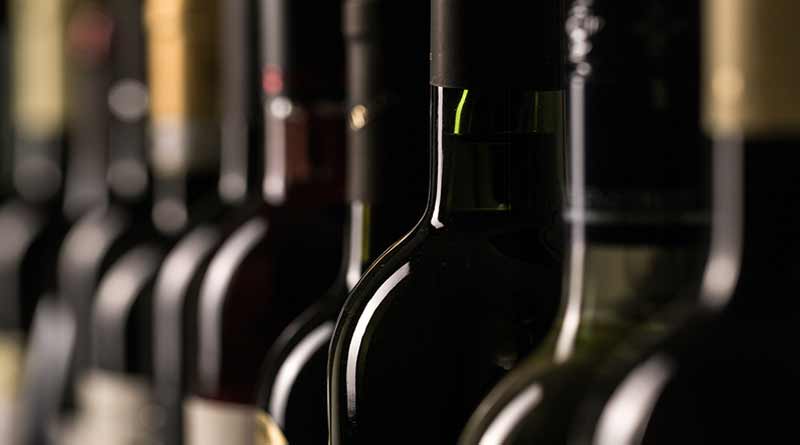 The Royal Society for Public Health (RSPH) published a press release on 31st October 2014 calling on the drinks industry and the newly appointed EU Health Commissioner to introduce calorie labelling for alcoholic drinks. The RSPH claimed that there was strong public backing for this to happen and a general lack of awareness among consumers about the calorie content of alcoholic drinks.

The RSPH commissioned a polling company, Populus, who interviewed a random sample of 2,117 British adults, online, between 10-12th October 2014. The results were as follows (Please note – the press release claims “two thirds of the public”/”over 80% of the public”, but claims can only be made on behalf of those interviewed – not the Great British public):

–      Two thirds (67%) of those interviewed supported the addition of calorie labels on packaging of alcohol drinks (we don’t know how this was positioned in the survey);

–     Over 80% of those interviewed didn’t know, or guessed incorrectly, the calorie content of a large glass of wine (we don’t know what margin for error was allowed);

The European Commission is due to make a decision by December 2014, about extending nutrition labelling (including calorie labelling) on alcohol. (Alcoholic drinks are currently not recognised as food and are therefore exempt from food labelling.)

The Chief Executive of RSPH, Shirley Cramer CBE, was quoted in the press release as saying:

“Calorie labelling has been successfully introduced for a wide range of food products and there is now a clear public appetite for this information to be extended to alcohol to help individuals make informed choices.  With 2 in 3 adults overweight or obese and given that adults who drink get approximately 10 percent of their calories from alcohol, this move could make a major difference to waistlines of the nation.”

I emailed the communications manager to ask for the source of the 10% claim and she replied by return to say that it was from p17 of this. Start on p16 and notice that averages (means) for all adults (or in a couple of cases children) are reported for: fruit and vegetables; oily fish; all energy; total fat; saturated fat; transfats; Non Milk Extrinsic Sugars; non-starch polysaccharides; vitamins and minerals. Only one intake is reported differently. Alcohol is not reported as a mean intake of all adults, but as an average of those who drank alcohol in a four-day recording period: “58% of adults aged 19 to 64 years and 52% of adults aged 65 years and over consumed alcohol during the four-day recording period. Adults aged 19 to 64 years who consumed alcohol during the four-day recording period obtained 9% of energy intake from alcohol; older adult consumers obtained 7%.”

That’s how Cramer manipulated the figures to make the ‘prize’ of alcohol calorie reduction look larger than it is. Even then, 7 and 9% became “approximately 10%.” This is disingenuous.

As followers of this blog/recipients of this newsletter will know, there are fundamental issues with calories in general: thermodynamics not being about calories or weight; the calorie theory being unsourced and unproven, etc. There are additional issues with alcohol calories…

The assignment of calories to different foodstuffs is generally credited to Wilbur Atwater (1844-1907) and Max Rubner (1854-1932). Their work around the turn of the 19th-20th century developed the first calorimeter and this enabled them to estimate that carbohydrate, protein and fat had approximately 4.1, 4.1 and 9.3 calories per gram respectively.[i] (Rubner recorded the calorific value for olive oil as 9.4, so even his 9.3 was an average of four fats reviewed. This has never been a precise science).

Atwater was concerned about helping American working men to fuel their physical labour and he discovered that alcohol had approximately 7 calories per gram. This was much to the joy of the liquor industry, giving rationale for alcohol consumption for its calorie value. It’s ironic that, just over 100 years later, the powers-that-be are trying to curtail alcohol consumption for its calorie value.

Those who know about the thermic effect of nutrients and the work of Jequier,[ii] Feinman and Fine,[iii] know that macronutrient calories behave very differently within the human body. Alcohol calories even more so. The body sees alcohol as a toxin and wants to get rid of it. Some is got rid of as acetic acid. (When you drink, you wee – yes?) Alcohol digestion takes place mostly in the liver and the kidneys, not in the digestive system – big clue there. So alcohol calories don’t count in the same way as sugary drink calories. Those RSPH pictures claiming a glass of wine = a slice of pizza – also disingenuous.

Arguably, given that alcohol calories are not properly digested – the more Brits drink and the less they eat, the slimmer they will be!

Let’s be honest – what is really going on here is that the Royal Society for Public Health is trying to stop people drinking alcohol. Frightening people with health scares hasn’t worked, so they are now trying the calorie angle to see if this will curb drinking instead. And it might. Women especially are more calorie aware/obsessed than men and may choose a lower calorie drink. But this won’t necessarily lower alcohol – which is the end in mind, is it not?

The RSPH web site accompanying the press release has a picture of a Pina Colada (scroll down), claiming that it has 450 cals. It has 2 units of alcohol. On the same web page, I can see that I could have 2.5 x 250ml glasses of wine with a total of 8.2 units of alcohol for the same 450 calories. The law of unintended consequences could take effect here. On the RSPH’s own video here (bottom one) a woman says she won’t drink less – she may choose lower calorie alcohol options.

You can download the RSPH’s position paper on alcohol here.

Here is the paragraph on alcohol and weight in the position paper:

“There is evidence that heavy drinkers (drinking four or more drinks per day) are at a greater risk of obesity than moderate or non-drinkers. The odds of being overweight or obese are also significantly higher among binge drinkers than among those who consume the same amount of alcohol over multiple sessions. (Ref 14) Weight gain from drinking alcohol is also greater in individuals who are already overweight or obese and there are individual differences in the impact of alcohol consumption on weight. (Ref 15) Drinkers dependent on alcohol, however, due to the propensity to substitute alcohol for meals, may experience weight loss (Ref 16).”

Ref 14 can be seen in full here. This is the results section of the abstract:

“Current drinkers had lower odds of obesity (Adjusted odds ratio = 0.73, 95% CI: 0.55, 0.97) as compared to non-drinkers. The odds of overweight and obesity were significantly greater among binge drinkers and those consuming four or more drinks/day. However, those who reported drinking one or two drinks per day had 0.46 (95% CI: 0.34, 0.62) and 0.59 (95% CI: 0.41, 0.86) times the odds of obesity, respectively. Similarly, the odds of obesity were significantly lower among those who reported drinking frequently and consuming less than five drinks per week.”

The only finding in favour of alcohol intake and obesity was the one quoted by the RSPH position paper. This is disingenuous.

Ref 15 (abstract) can be seen here. The paper title is: “Is alcohol consumption a risk factor for weight gain and obesity” and it opens by noting “Epidemiologic data showed a positive, negative, or no relationship between alcohol intake and body weight.” Again – only the circumstance in favour of the RSPH’s anti-alcohol position has been cited: “Weight gain from drinking alcohol is also greater in individuals who are already overweight or obese.”

What about those not overweight or obese? You can either buy the paper ($54) or assume that – had there been any more ammunition from this paper, the RSPH would have used it.

Ref 16 doesn’t try to offer evidence for an association between weight and alcohol intake – other than an inverse one. It admits that very heavy drinkers tend to drink rather than eat and therefore tend to experience weight loss. This is further evidence for the notion that replacing food calories with drink calories could actually aid weight loss. (I think it would, but I am not advising it as an overall health strategy).

And that’s it. So we don’t actually have evidence presented by the RSPH for the implication that reducing alcohol consumption will reduce calories will reduce weight. It’s all just inferred. So what is the evidence for alcohol and weight?

Here is where you should do yourself a favour and get this fab little read from amazon. Tony Edwards has gone through reams of evidence on alcohol and all important conditions, from weight to heart disease and cancer to diabetes, so that you don’t have to. There were a couple of summary articles at the time of publication. Try this or this.

In Chapter 7 of his book, Edwards runs through the major studies reviewing alcohol and weight over the past 25 years: Wang et al 2010 studied 19,220 women, their drinking habits and weight for almost 13 years. Approximately 9,000 gained significant weight over the study. The study concluded: “Compared with non-drinkers, initially normal-weight women that consumed light-to-moderate amount of alcohol experienced smaller weight gain and lower risk of becoming overweight and/or obese during 12.9 years of follow-up.”

Then there’s the findings of a 5-6 year long Danish study, involving 43,500 people, where daily drinkers had the smallest waistlines. Then there’s the 8 year long University College London study of nearly 50,000 women, which showed that women who drank 30 grams of alcohol daily were less likely to put on weight than teetotalers. Then there’s the 10 year study, of 7,000 US adults, showing that drinker gained less weight than non drinkers. And so on.

Please note that this is all still association, not causation; relative, not absolute risk. Nonsense on top of nonsense therefore but not even the underlying association is supporting the RSPH position.

Don’t forget in all of this that the unit guidelines were plucked from thin air. Although Richard Smith wasn’t popular with the Royal College of Physicians for saying so.

Has the RSPH proven that calorie labelling on alcohol would reduce alcohol consumption? No.

Has the RSPH proven that alcohol and weight are even positively associated? No.

Has the RSPH proven that labels would have any impact on any health condition that alcohol is claimed to be associated with? No.

There’s just been a lot of insinuation, inference and disingenuity. And a lot of media hot air. Talking of hot air…

Here’s a final thought for you…

Coal apparently has 7,000 calories (kcal) per kg. That’s 7 kcal per gram – the same as alcohol. Do you think that a gram of coal would make you fat?! Well then…

[iii] Richard Feinman and Eugene Fine, “A calorie is a calorie violates the second law of thermodynamics”, Nutritional Journal, (2004).

Weight Watchers ProPoints plan – what’s it all about?