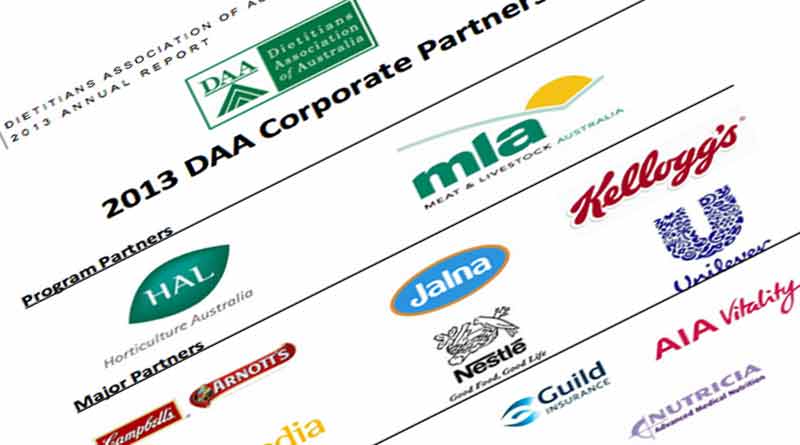 I ended this blog suggesting that we all need to demand evidence for the nutritional nonsense that we hear on a daily basis. I also advised not to hold your breath while waiting for the Australian Heart Foundation – or any other organization – to come up with such evidence. Here is why I am so confident that Jessie will be perfectly safe writing to the AHF. This is an argument that she won’t lose …

1) Because the experiment has not been done.

British authorities have been telling us since 1984 that the study to assess saturated fat and heart disease has not been done and never will be done:

–    “There has been no controlled clinical trial of the effect of decreasing dietary intake of saturated fatty acids on the incidence of coronary heart disease nor is it likely that such a trial will be undertaken.” (COMA, 1984). (REF 1)

When I wrote to the UK Food Standards Agency (FSA) in 2009 and asked them for their evidence against saturated fat – they referred me to a meta-analysis by Truswell (which I dissect in Chapter Eleven of The Obesity Epidemic: What caused it? How can we stop it?) Not only does this Truswell analysis fail to prove any case against saturated fat – it actually opens with the following words:

–    “It has been accepted by experienced coronary disease researchers that the perfect controlled dietary trial for prevention of coronary heart disease has not yet been done and we are unlikely ever to see it done.” (Truswell, 1994). (REF 2)

Where have we seen those words before?! And in the letter from the FSA to me in 2009 they also used the same words – just in case I was in any doubt that the experiment had even been done.

–    “The ideal controlled dietary trial for prevention of heart disease has not yet been done and it is unlikely ever to be done.” (FSA, 2009). (REF 3)

2) Because the experiment can’t be done

I have yet to find someone who condemns saturated fat who can accurately define it. The UK National Health Service thinks that saturated fat is: fatty cuts of meat; meat products, including sausages and pies; butter, ghee and lard; cheese, especially hard cheese; cream, soured cream and ice cream; some savoury snacks and chocolate confectionery; biscuits, cakes and pastries.

The Dietary Guidelines for Americans list: ice cream; sherbet; frozen yogurt; cakes; cookies; quick breads; doughnuts; margarine; sausages; potato chips; corn chips; popcorn and yeast bread as major sources of saturated fats. The Australian Government “Measure Up campaign” lists fatty processed meats and baked cereal based foods such as cakes, pastries and biscuits as sources of saturated fat, so this is not only a UK error.

Let’s look at the three different categories into which these claimed saturated fats fall:

Category i) baked cereal based foods, biscuits, (quick) breads, cakes, chocolate confectionery, cookies, corn chips, doughnuts, ice cream, margarine, pastries, pies, popcorn, potato chips, savoury snacks, sherbert, yeast bread, (frozen) yogurt. Category i we can call [email protected] It’s junk food. Processed food. I would not be at all surprised if it caused heart disease but it is NOT saturated fat. It is bad for us because of the sugar, flour, vegetable oil and myriad of processed and unpronounceable ingredients. If there is any real fat in any of these fake foods, it will be the healthiest part of the product by a margin.

Category i is a list of fake foods, which are in virtually all cases – mostly carbohydrate. However all of these fake foods contain all three macro nutrients (carbohydrate, protein and fat). Since they contain fat, they contain all three fats (saturated, monounsaturated and polyunsaturated). Every food that contains fat contains all three fats. There are no exceptions. Hence no one is able to say what it is in these foods that may be associated with heart disease. However, as Dr. T. L Cleave said “For a modern disease to be related to an old-fashioned food is one of the most ludicrous things I ever heard in my life.” So suspect the modern ingredients ahead of the real fat, which has sustained humans for 3.5 million years, or look ludicrous!

Category ii also has the same problem as category i – saturated fat cannot be isolated. Much processed meat and definitely processed sausages contain all three macro nutrients again – carbohydrate, fat and protein. Quality meat, which has no carbohydrate, often has more protein than fat. Whether or not carbs are present and whether or not the meat is mainly protein or mainly fat, all three fats will be present. Again – it will be impossible to determine what it is in any of these foods that may be even associated with any illness.

So now we know the following:

a) The authorities don’t know what saturated fat is. The majority of the products they call saturated fats are processed carbohydrates.

c) As I explain in this paper, the ONLY experiment that can be done to isolate fat involves swapping one oil for another. See section 7. We can swap olive oil out and sunflower oil in and change the proportions of the three real fats. We, however, also change nutrient intake – vitamins E and K. The control experiment, where we change one thing and one thing alone, cannot be done.

If they’re not too busy trying to work out from the first blog how dietary fat can end up in arteries or metamorphosise into LDL, Jessie may well get an attempt at a defense back from the Australian Nonsense Foundation. However our first question back will be – what did you assume saturated fat to be? and our second will be – how did you isolate it?