Whenever I used to attend meetings of the Wales division of the National Obesity Forum, the chair, Dr Nadim Haboubi, invariably opened the day with the same rally cry: obesity should be classified as a disease. “It is a disease”, he stated categorically, and therefore should be called as such. I never usually gave it much thought – why debate semantics? Why not put all effort into solving the problem?

I dropped Nadim an email last week to let him know that the American Medical Association (AMA) had announced the classification of obesity as a disease. Then I started thinking about the whys, wherefores and consequences for the first time…

The Merriam-Webster medical dictionary defines disease as “an impairment of the normal state of the living animal or plant body or one of its parts that interrupts or modifies the performance of the vital functions, is typically manifested by distinguishing signs and symptoms, and is a response to environmental factors (as malnutrition, industrial hazards, or climate), to specific infective agents (as worms, bacteria, or viruses), to inherent defects of the organism (as genetic anomalies), or to combinations of these factors.”

The original AMA ruling (Resolution 420 (A-13) can be seen here and it opens by noting that the American Medical Association’s Council on Science and Public Health Report 4, A-05, identified the following common criteria in defining a disease: 1) an impairment of the normal functioning of some aspect of the body; 2) characteristic signs or symptoms; and 3) harm or morbidity.

“Obesity has characteristic signs and symptoms including the increase in body fat and symptoms pertaining to the accumulation of body fat, such as joint pain, immobility, sleep apnea, and low self-esteem.”

Does obesity meet the AMA’s own definition of a disease?

All three of the component parts of the definition above can be challenged:

Obesity per se can be an impairment, but it is not in all cases, or even many cases? Super morbid obesity (defined as a BMI in excess of 50) can be an impairment to the point of immobility, but the medical classification of obesity starts at a BMI of 30 and I do not accept that this automatically makes someone impaired.

Most of the Lions (rugby) squad lining up on Saturday 22nd June, to edge past the Australians, are obese on a BMI scale. I dare you to call them impaired! Lisa Riley, in 2012’s Strictly Come Dancing showed herself to be one of the fittest, most agile, most captivating contestants – she also happened to be clinically obese. Impaired?! No way.

My first thought was to accept point (2), but further consideration shows this to be worthy of challenge also. On first sight, one might think obesity has characteristic signs and symptoms “including the increase in body fat…” It almost seems tautological to say we can define obesity by observing body fat. However, we’re back to the rugby squad again – technically obese – but ‘overweight’ because they have optimised muscle, not because they exhibit visible body fat. There may be visible body fat on an obese person, but there does not have to be.

It is also unreasonable to assert that “joint pain, immobility, sleep apnea and low self-esteem” are characteristic signs or symptoms of obesity. I have joint pain and some immobility due to a hip injury and subsequent operation. I’m not obese. A friend of ours suffers from sleep apnea. His body description would be “beanpole.” Anorexics have chronically poor self-esteem – clearly not obese.

Again – the words used by the AMA are not experienced by all obese people or unique to obese people and therefore fail logical test.

The AMA makes the most classic association/causation error on this point. The AMA states “The physical increase in fat mass associated with obesity is directly related to co-morbidities including type 2 diabetes, cardiovascular disease, some cancers, osteoporosis, polycystic ovary syndrome.”

Poly cystic ovary syndrome is a complex hormonal condition and is associated with obesity (obese women are more prone to PCOS and PCOS sufferers are more likely to be obese). Is the same hormonal dysfunction responsible for the obesity and the PCOS? Can avoidance of processed food help with both PCOS and obesity? My answer to those two questions is yes. The AMA see PCOS as a harm resulting from obesity. I do not see obesity as a harm per se. I see obesity as a symptom – the body’s way of telling us that harm has already been done.

Other arguments in the AMA judgment

I highly recommend reading the first page and a half of the AMA judgment – down to the bit where they announce the resolution. After setting out their definition of disease and then presenting their case for why they think obesity meets this definition, they add some other supporting arguments. In doing so they appear to have anticipated a number of counter arguments that would likely be made and seem to be trying to address these up front. They all fail in my view:

– There’s a plug for bariatric surgery and a claim that while “bariatric surgery can dramatically reduce early mortality, progression of type 2 diabetes, cardiovascular disease risk, stroke risk, incidence of cancer in women, and constitute effective treatment options for type 2 diabetes and hypertension” there are some “hormonal and metabolic abnormalities“, which are not reversible even after weight loss.

Surely this confirms that the weight (obesity) is not responsible for the “hormonal and metabolic abnormalities”, but that something else is – for example – processed food?

– The document notes that half the adult population may be obese by 2040. Quite the opposite of being used as an argument for defining obesity as a disease, this has been one of the major points of argument against by various opinion pieces written since the announcement. It has not been well received by the majority of medical professionals and/or obese people that, overnight, one third of Americans have been labeled “diseased”.

– The AMA resolution notes that the World Health Organization, the Food and Drug Administration (FDA), the National Institutes of Health (NIH), the American Association of Clinical Endocrinologists, and the Internal Revenue Service recognize obesity as a disease. That’s not an argument to follow suit in itself.

– One of the worst additional arguments presented by the resolution is as follows: “Progress in the development of lifestyle modification therapy, pharmacotherapy, and bariatric surgery options has now enabled a more robust medical model for the management of obesity as a chronic disease…” i.e.  now is a good time to call obesity a disease because we have ways of treating it!

a) we don’t have healthy ways of treating obesity – government options are bad dietary advice and/or surgery and b) this is one of the major arguments against the classification of obesity as a disease. It has been seen by many commentators and journalists as a cynical attempt to attract funding.

This is confirmed in the resolution statement itself:

“Therefore be it RESOLVED, That our American Medical Association recognize obesity as a disease state with multiple pathophysiological aspects requiring a range of interventions to advance obesity treatment and prevention.”

The resolution REQUIRES a range of interventions to advance obesity treatment and prevention. This was no semantic clarification of words. This has been a phenomenally lucrative move for providers of obesity treatment and prevention. I laughed out loud at the “Fiscal note” at the end of the resolution. Every change in policy is required to estimate a financial impact of the change. A policy change to make breast cancer medication available with no financial constraints could cost millions of dollars. The fiscal note of this change was declared as “Minimal-less than $1,000.” The direct costs maybe, but absolutely no way does this reflect the indirect costs that can now follow.

If obesity is seen as a lifestyle condition (the greedy/lazy attack) then there is little obligation on insurance companies/public health bodies to treat it. The minute obesity is defined as a disease, there is a moral obligation to treat disease. We have opened the doors to funding, more bariatric surgery, more Research & Development effort going in to developing drugs, more likelihood of drugs being approved (something may be viewed as better than nothing), more money for surgeons and drug companies – not less obesity.

No wonder The Society of American Gastrointestinal and Endoscopic Surgeons (SAGES) commended the American Medical Association (AMA): “The AMA’s announcement is a tremendous step forward in legitimizing the severity of the obesity epidemic in our nation,” said Dr. Gerald Fried, SAGES President. “AMA’s decision will increase coverage and patient access to necessary treatment options for the disease, including weight-loss surgery…”

Forbes had an interesting angle on profit – that this might harm the ‘food’ industry – if it can be claimed that they are now responsible for a disease. That’s just about the only positive angle I can think of with this resolution and I’ll wait to see if it actually happens.

Now that I have had occasion to think about Dr Haboubi’s rally cry, I sincerely hope that the British Medical Association doesn’t follow America’s lead. I do not think that almost a third of British people have become diseased overnight. I think that obesity is a natural response to an unnatural diet. 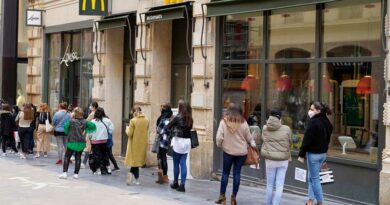 10 thoughts on “Is obesity a disease?”