An article appeared in the press today (15 Dec 2016) “Women who take paracetamol and ibuprofen risk going DEAF – and all it takes is just 2 pills a week, study finds.” I’m a woman and I’ll take a painkiller if I need to and I don’t fancy going deaf, so should I be worried?

The original study is here. I’ve got a copy of the PDF, so that I can let you know more detail without you having to buy/read the Full Monty.

What happened in this study?

The study is what is known as an epidemiological (or population) study. This means that a large number of people are recruited to a study and they complete a detailed questionnaire about diet, smoking, drinking, exercise, drug taking etc. They are then followed over many years to see which people develop different conditions (heart disease, diabetes, cancer, etc or hearing loss!) In this case, 55,850 US women were studied from 1990 to 2012 (the Nurses Health Study).

Back in 1990, and every two years after this, the women were asked:  “On average, how many days each month do you take any of the following medications: acetaminophen (e.g., Tylenol); aspirin (e.g.,Anacin, Bufferin, Midol, Alka-Seltzer, etc.); other anti-inflammatory (e.g., ibuprofen, Naprosyn, Advil)?”

Paracetamol is an acetaminophen, so we’re going to call these groups paracetamol, aspirin and ibuprofen type painkillers from now on (just for simplicity).

I kid you not!

What the study reported

The study reported that, during 873,376 person years worth of data (that’s a shed load by any measure), those women who used paracetemol or ibuprofen type painkillers for more than 6 years had approximately a 10% greater risk of self reporting a hearing problem than women who used these drugs for less than a year. There was nothing found for aspirin.

The study reported the use of paracetemol or ibuprofen type painkillers for longer durations as “associated with slightly higher risks of hearing loss.” Note the word “slightly”.

How common was hearing loss?

In almost a million person years studied, there were 18,663 (Note 1) reports of a hearing problem (note problem, not loss and self-reported, not diagnosed). That is an incident rate of 2.14%.

Otherwise known as confounding variables… In studies like this there are always several things going on. In this study, the >6 year pill users were far less likely to exercise than the <1 year pill users. The >6 year pill users were more likely to have smoked in the past and substantially more likely to have diabetes and/or high blood pressure. Population studies always claim to adjust for everything that is different between two groups, but this study paints a picture of a group with a healthy lifestyle and a group with an unhealthy lifestyle and it just isn’t that easy to try to even everything out so that the only thing left is supposed to boil down to duration of painkiller use.

Notwithstanding that the association is very small (way outside the Bradford Hill criteria for causation), if there is any direction of causation, maybe it’s the other way round? Maybe women suffering hearing problems experience ear/head pain and take painkillers for this?!

If you want a plausible hypothesis, which would suggest that there is no need to worry about painkillers, I wonder if those susceptible to Hypochondria are more likely to take painkillers and more likely to think that they have a hearing problem?

My personal view is: Don’t believe the headlines! Don’t take pills without good reason, but don’t worry about ‘going deaf’ if you need to manage genuine pain.

Note 1: Please note that the same 18,663 cases of self-reported hearing loss were split out by those taking each type of painkiller for less than a year, 1-2 years. 3-4 years 5-6 years and more than 6 years. It is clear that some women were taking more than one pain killer and that they may have used one drug for longer than another. The data reports each painkiller separately. It doesn’t tell us the impact of, say, taking ibuprofen and paracetemol vs ibuprofen and aspirin, let alone the combinations of one drug for 3-4 years vs another drug for >6 years. 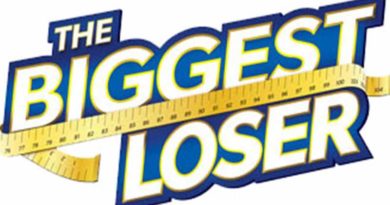 Lessons from The Biggest Loser