On May 8th 2012, we woke up to the headline:”Shot in the arm for fight against heart attacks: The fortnightly jab that could unclog your arteries.”

The article opens by saying “A fortnightly jab that slashes levels of ‘bad’ cholesterol could dramatically reduce the death toll from heart attacks and strokes. The injection has been shown to wipe out nearly three-quarters of the body’s low-density-lipoprotein (LDL) – the harmful form of cholesterol that leads to clogged arteries and heart disease.”

This requires correction before moving on:

The journalist (Pat Hagan) actually gets it close to right a couple of paragraphs later with the comment: “(cholesterol) is transported in the blood by tiny ‘courriers’ called lipoproteins”.

All lipoproteins play utterly life vital roles transporting triglyceride, protein, phospholipids and cholesterol around the body to do vital repair work. Why pick on one of four substances (cholesterol) carried by one of five lipoproteins (LDL) and claim that the body has made this to kill us? It is literally absurd.

While acknowledging that cholesterol is made by the body (not just by the liver, as the article states) and “is essential to help the body produce hormones, absorb vitamin D and make bile to digest foods” – the article considers an injection that can “wipe out nearly three-quarters” of the LDL that the body makes for critical reason to be the latest marvel of pharmacology.

The article continues “However, one of these lipoproteins, called low-density-lipoprotein (LDL), is labelled ‘bad’ as it carries cholesterol away from the liver and dumps it in major blood vessels, where it can cause a life-threatening blockage.”

Wrong! Apply some not-so-common sense for one second – why on earth would the body do this?! LDL transports triglyceride, protein, phospholipids and cholesterol from the liver because every cell in the body needs them – not because our body has a design fault and is making something intended to clog arteries and kill us. LDL should more accurately be called “the carrier of fresh cholesterol”.

Surely if any substance could actually block blood vessels, the ones that would block first would be the narrowest – the veins. And yet veins never clog. If a juggernaut were travelling on the road network – the motorways (arteries) would still run freely – the single lane and country roads (veins and capillaries) would be ground to a halt (blocked).

What actually happens with heart disease is that the arterial wall (called the endothelial wall) is damaged by something (chief suspects being smoking, sugar, oxidants, stress – modern ‘enemies’ will explain this modern illness). The body builds a protective layer over the damage and tries to heal the area. The protective layer is needed because, unlike outside the body where a scab forms and heals and then breaks away, we cannot afford to have a scab break away in a blood vessel (as it could block a blood vessel!)

Here’s the ultimate irony – the body’s repair substances are triglyceride, protein, phospholipids and cholesterol – yes those things carried in the lipoproteins! As the carrier of fresh cholesterol, LDL is dispatched to the scene of the damage – the arterial wall – to do its vital repair work. It’s rather like police being sent to the scene of the crime and then being accused of committing the crime!

Every reduction in lipoproteins we can artificially impose on the body is another reduction in the tool kit that the body has to repair damage. Our demonisation of lipoproteins/cholesterol, because we don’t even know one from the other, is literally killing us.

Back to the article: In the next paragraph we have the statement: “High-density lipoprotein, or HDL, is known as ‘good’ as this compound has the job of transporting cholesterol back to the liver to be safely disposed of.”

Wrong! HDL carries the exact same substances – different proportions (higher density remember) – and is returning these vital lipids back to the liver – not for disposal, but for recycling. The body values cholesterol so highly that it lets none of it go to waste.

Those who know me will know that I am a passionate researcher into conflicts of interest. Sure enough this article is no different. Professor Keith Fox comments on the research as follows: “Although statins work for the vast majority of people, there are some for whom cholesterol remains high. If this new treatment can help these people, that is a potentially exciting development, but it’s still very early days.”

The drug companies involved in this lethal injection are Sanofi and Regeneron. Professor Fox is an advisor for/has received funding from Sanofi.

The Daily Express quoted James McKenney in their version of the same story: “If this pans out, it will be a whole new approach to lowering cholesterol,” James McKenney, chief executive officer of National Clinical Research Inc., said during a Monday press briefing at the American College of Cardiology annual meeting in Chicago, where the research was to be presented. The study was funded by the drug’s manufacturers: Sanofi U.S. and Regeneron Pharmaceuticals. The research company that McKenney works for has received funding from both drug makers.

The most important thing that every human being needs to know about cholesterol is that it is as life vital as oxygen. We die instantly without it. How we can view being able to “wipe out” three quarters of a lipoprotein made by the body to transport this vital substance to every single cell as progress beggars belief.

If we ‘progress’ much more we will soon be able to kill every human that we ‘treat.’ 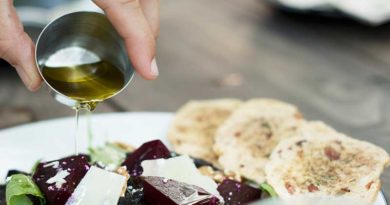 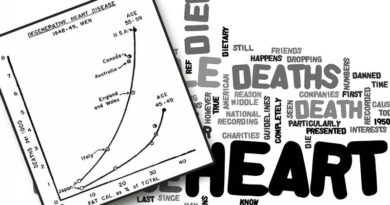 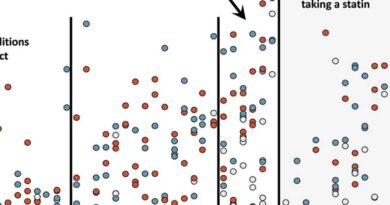 24 thoughts on “We die instantly without cholesterol so why do we try to stop the body making it?”