Please spend 90 minutes of your life watching the video on Youtube called “Sugar: The Bitter Truth“. The speaker is Dr Robert H. Lustig.

There are a couple of errors, but please don’t let them detract from the brilliance of this video. It is vitally important that we change our views on ‘a healthy diet’, because the UK Eatbadly Plate (I refuse to call it Eatwell) and the American Food Pyramid are the cause of the obesity epidemic – never will they be the cure. Hopefully – at the end of this 90 minutes you will appreciate many of the themes that independent obesity researchers are actively working on. You may never drink fruit juice again and you should certainly think twice before giving a child fruit juice again.

The errors, by the way, are:

1) The use of the 3500 = 1lb of fat formula and applying this literally to arrive at a calculated number. I’ll forgive Dr Lustig this one,  as virtually every other person in the world takes this as fact also – I hope ‘blowing this myth apart’ will be my legacy. Lustig actually has the info to see that the maths doesn’t hold for himself. At c. 3 mins he says “we all weigh 25 lbs more than we did 25 years ago – all of us.” (I’ve seen the same statistics from NHANES – US official data). He then says (c. 7-8 mins) that “we are all eating more now than we did 20 years ago“: Teen boys are eating 275 more calories a day; men 187 calories more per day and women 335 more per day. According to the literal application of the 3500 theory (which is what everyone does and it is wrong) – boys should be gaining at the rate of 29lbs per year, men at 20lbs per year and women at 35lbs per year. Over the 20 year period that we have been doing this – that should be 574lbs for boys (c. 41 stone gained); 390lbs for men (28 stone) and a whopping 699lbs for women – 50 stone gained! The formula simply does not hold (please see The Calorie Myth for more on this). Lustig uses the example that an extra 150 calorie soda a day would equate to 15.6lbs gain a year – it might if the calorie theory worked – but it doesn’t.

2) The second error is a bad one. At c. 33 minutes, the countries in the Ancel Keys seven countries study are USA, Japan, Finland, Italy, Greece, Yugoslavia and the Netherlands. The Seven Countries study does not include Canada, Australia, England & Wales, as is stated here. I know the graph that Lustig is looking at (and it’s a very useful graph) – but it was from a report from Keys in the 1950’s – before the 1970 write up of the Seven countries study in “Circulation.”

These aside, this is an outstanding video – anyone prepared to call sugar a poison and to talk about “The Coca-Cola Conspiracy” and to say “that’s the smoking gun” – gets my vote. Plus we share a hero – Professor John Yudkin.

Thank you so much if you do watch it and even more if you spread the word. 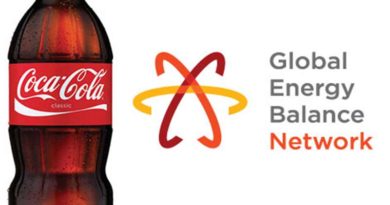 2 thoughts on “Sugar: The Bitter Truth”