This was a worrying study done by GirlGuiding UK (involving 1,109 girls) about how young girls feel about their bodies and size.

They found that girls as young as 10 are worried about their weight and half of teenagers would consider surgery to change their appearance. This is such a sad indictment about the state of esteem in our next generation of women. Here are some of the statistical findings:

It seems that girls are more inclined to ‘overdrink’ than to ‘overeat’:

I had the same poor body image and esteem at 15 and was anorexic by 16, so I can empathise with these girls and this survey. However, it is sad that we seem to have got worse since I was this age. I was unusual in my school and doctors ‘treating’ me didn’t seem to have a clue about anorexia. The incidence of eating problems highlighted by this survey shows that there are many, many more teenagers hating the body they are in, than there appeared to have been in my teenage years. This is so sad.

Who’s teaching our children about ‘nutrition’? 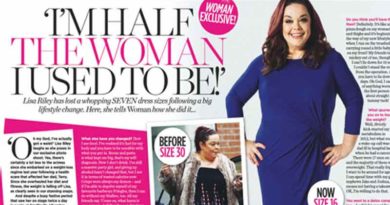 Can Lisa Riley inspire you to achieve success?