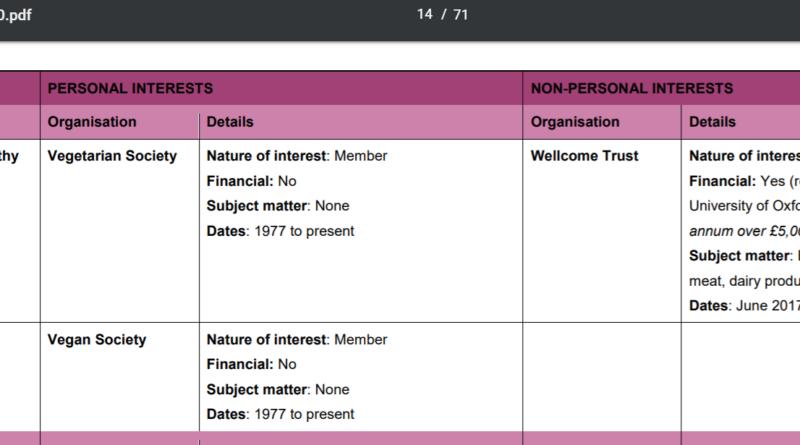 At the BMJ/Swiss Re event today (14th June 2018), I was a panel member on one debate.  We were asked to say what evidence in nutrition we trusted and I said that I didn’t trust the UK government (Public Health England), because they liked to work hand in hand with fake food. I gave as an example the fact that they had assembled a panel of representatives from the ‘food’ industry to establish the UK healthy eating guide (and that this guide had a can of coca-cola on it until March 2016)! I also said that the SACN saturated fat committee shockingly had Unilever’s Senior Scientist on the panel – a maker of polyunsaturated spread was hardly going to find in favour of butter.

During the Q&A, a very angry Professor Tim Key said that I was wrong to condemn the panel for that one conflict. I said – were that the only conflict he would have a fair point but most of the panel were conflicted. I pointed out his declarations as members of the vegetarian and vegan society, which he denied.

Here is the SACN declaration of interest document.  You can see my challenger’s declarations on p14.

For completeness, here are those for other members of the panel:

– The Chair, Professor Paul Haggarty, declared interests related to BBSRC. This stands for Biotechnology and Biological Sciences Research Council. The web site is here. If you search “saturated fat” on their web site, 102 entries are returned. These include reports on how ice cream is being modified to reduce its saturated fat content. There’s a £4.4m grant to find an alternative to palm oil (high in saturated fat). The Innovator of the year award went to a professor who had managed to manipulate the diet of cows (which should just be grass) to reduce saturated fat in dairy products. It’s fair to say that finding nothing against saturated fat would be unhelpful to BBSRC.

– Professor Jules Griffin shares the BBSRC conflict and also declared one with GlaxoSmithKline.

– Professor Julie Lovegrove declared conflicts with BBSRC and also the MRC, ILSI, BHF and the Dairy council. (The dairy council may be a bit disappointed with her). The British Heart Foundation (BHF) and the Medical Research Council (MRC) have firmly pinned their colours to the diet-heart-cholesterol hypothesis and thus would not welcome saturated fat being exonerated. The International Life Sciences Institute (ILSI) is the global who’s who of pharma and fake food. Lovegrove is also on the BMJ sugar conflicts infographic, as is her university – Reading.

– Dr David Mela is the most inexcusable panel member of all (this was the one that enraged Prof Key). Mela is the Senior Scientist for Unilever, where he has been an employee since 2005. Unilever make spreads rich in PUFAs. Advice to replace SFAs with PUFAs is the bread and butter of their spreads business! Mela also declared conflicts with the ILSI.

– Mrs Gemma Paramor was the accountant/financial advisor for the panel and reported no conflicts.

– Professor Ian Young reported that he had nothing to declare. However, he was on the (2015) BMJ sugar conflicts infographic, with reported connections to Unilever and The Sugar Bureau.

– The conflicts for Professor Christine Williams were not in the SACN report, so I asked SACN for these and they kindly replied by return to say that hers were in the 2016 SACN annual report. Between 1998 and 2001 Williams was the President of the UK Nutrition Society; she chaired the BBSRC Agri-Food Committee (2003-2006) and is Chair of the Trustees and Governor of the British Nutrition Foundation (BNF). The BNF, remember, is a UK who’s who of fake food. Williams is also at Reading University (which we call the University of Sugar in our household) – did we really need two people from the same (conflicted) university?

I stand by what I said.

August 2019 update – the final SACN report has just been published, along with an updated conflicts of interest report. The updates are as follows: 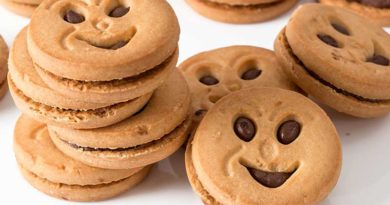