A very interesting paper was published on 7th November 2016 called “Dietitians’ practice in giving carbohydrate advice in the management of type 2 diabetes: a mixed methods study”. The abstract can be seen here. I’ve reviewed the full article for this post.

If 48% of dietitians are advising type 2 diabetes patients to restrict carbohydrate, what are the other 52% doing? And what is a dietitian’s idea of restricting carbohydrate? Let’s take a look…

The study was simple in concept: UK Registered Dietitians, who consult with type 2 diabetes patients 1-1, were contacted through various methods (including social media), and asked to take part in a survey. 377 survey responses were received, of which 320 were complete and able to be used in the analysis for this article.

The profile of the dietitians surveyed was as follows (Table 1):

–      Experience: 56% of respondents had been qualified as a registered dietitian for 10 years or more.

1) The type of carbohydrate advice given

Table 2 in the paper detailed the responses to five questions about carbohydrate advice:

Q1)  What advice do you usually give regarding GI (Glycaemic Index)?

Q2)  What advice do you usually give regarding GL (Glycaemic Load)?

Q5)  What does the term carbohydrate awareness mean to you?

Questions 1, 2 and 5 allowed multiple responses, so percentages weren’t given, but they can still be calculated and are still informative. For example, the single biggest response to question 1 was “I cover GI as a general concept only” – to which 63% (200/320) of dieticians responded positively. In addition to this, 30 respondents (9.4%) reported “I don’t usually cover GI.” These statements should be mutually exclusive, so 72% of dietitians surveyed ignore or gloss over GI.

Ditto for Q2 on Glycaemic Load “I cover GL as a general concept only” was the answer receiving the biggest response with 164/320 dieticians reporting this – more than half of respondents. 119 replied “I don’t usually cover GL”, meaning that 88% of dietitians surveyed ignore or gloss over GL.

I don’t value GI or GL personally (far too variable and inconsistent), but they are ‘allowed’ by the National Institute for Care and Health Excellence (NICE) guidelines – many thanks to Dr Unwin for spotting this.

The two most interesting questions need to be reported in full:

2) The level of carbohydrate restriction

Bearing in mind that we have just established that carbohydrate restriction is not commonly advised, the next and even more interesting question was:

Q4)  For you, what would represent a realistic carbohydrate restriction in type 2 diabetes?

All dietitians surveyed were asked to rate the statement: “I feel confident in teaching patients with type 2 diabetes about the quantity of carbohydrate in food” from strongly disagree; disagree; neutral; agree; to strongly agree. 92% of DSDs dietitians agreed or strongly agreed with this statement, compared to 60.4% of non-DSDs (17.4% of non-specialists were neutral, 17.4% disagreed and 4.9% strongly disagreed). It is troubling in itself that all 320 dieticians are seeing type 2 diabetes patients, but almost a quarter can’t agree with a statement that they feel confident teaching their patients about carbohydrate.

As well as what is called “quantitative” data (numbers), “qualitative” data (descriptive) were available in this article. Three dietitians were prepared to be interviewed. Direct quotations were printed in the article from these three interviews. The article concluded that the qualitative interviews highlighted conflicting priorities with three sub-themes: the difference between empowerment and advice; how treatment decisions are made; and contradictory advice.

From the quotations that were shared in the article, I came to different conclusions:

1) The level of waffle was high.

The article sadly costs $38 – it would be worth a few bucks just to read the comments. It is clear that dietitians have no strategy for dealing with the serious condition that is type 2 diabetes and no consistency in advice. The sub-theme referred to as “empowerment and advice” is a euphemism for not giving direction: “it depends on the individual”; “it depends on what they want from the consultation”; “this person doesn’t like multiple injections, then maybe we will go with the twice a day insulin.”

I don’t know if dietitians think they’re being nice not saying it how it is, or if they think that this isn’t their job, but the message needs to be: “You have a very serious condition. Your life, limbs and eyes now depend on you taking as little carbohydrate and medication as possible from this point on. I’m now going to educate you about the carbohydrate content of food. Listen like your life depends on it, because it does.”

2) The level of ignorance was high.

One comment was possibly the dullest I have seen: “So, people who are wanting to control their weight they know that it’s the carbs that they need to inject for so, for example, if they want to have any carbs at lunch time, because sometimes you know, people, patients, have said to me that the insulin puts weight on and we keep saying that well actually insulin is non calories, its (sic) what you’re eating that would put the weight on…”

Insulin has no calories and so it has no impact on weight. Riiiight!

Another quotation was “I wouldn’t always promote, you know, don’t have a carb free day because we know carbs provide you with energy.” Yes but carbs are not essential nutrients i.e. they do not need to be consumed. The body will happily use fat for energy – dietary fat or body fat – and the outcome of the latter is weight loss, which could be extremely helpful for a diabetic.

3) Fat will be responsible for confusion.

Let’s assume that dietitians know that there are only three macronutrients (fat, protein and carbohydrate). Let’s assume that they also know that protein tends to stay fairly constant at around 15-20% of dietary intake (even better if we could assume that they know protein also has an impact on insulin and therefore needs to be moderated for diabetics). Let’s assume that they are aware that carbohydrates are bad news for blood glucose levels and therefore diabetics. They must then realise that carbohydrates need to be restricted. They should then realise that 30% of one’s intake in the form of carbohydrate is way too high. But this would mean that fat would need to make up the difference, at 50% of the diet or more, and this would cause a coronary in most dietitians. This is the limiting belief, for which there is no evidence, which needs to be overcome before dietitians can be a help, rather than a hindrance, in diabetes care. (Calories are clearly another limiting belief, but that’s for another day!)

Let us accept the numbers in the introduction to the article: “Diabetes affects over 3 million people in the UK and 415 million worldwide, most of whom are diagnosed with type 2 diabetes… Treating diabetes and its complications costs the National Health Service (NHS) approximately £10 billion ($14 billion) per year, accounting for approximately 10% of the budget.” We can thus agree on the scale of the problem.

We can also agree, as the opening line of the abstract states, “Carbohydrate is accepted as the principal nutrient affecting blood glucose in diabetes.”

This article shows that dietitians generally are confident in their advice – diabetes specialists especially so. Yet, fewer than one third (29.4%) of dietitians would recommend carbohydrate restriction even 50% of the time. More, (32.2%), would never, or hardly ever, recommend carb restriction. In the uncommon circumstances when carb restriction is supported, 92% of dietitians would advise type 2 diabetic patients to consume more than 30% of their total energy in the form of carbohydrate. Only 1 in 320 would advise the therapeutic level of carbohydrate for the treatment of type 2 diabetes.

The real cost to the NHS of 319 of these dietitians, therefore, is not the approximately £11 million annual salary bill (and pensions on top). It’s the lost opportunity in transforming the lives and health of the approximately 300,000 patients they likely reach annually between them and the impact that this could make on the avoidable £10 billion per annum that the NHS is currently wasting through employee ignorance. 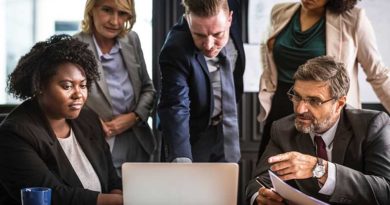 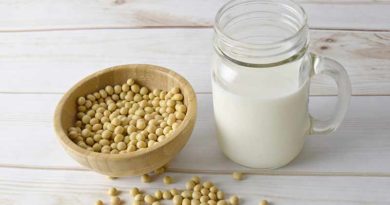