Evidence from prospective cohort studies did not support the introduction of dietary fat guidelines in 1977 and 1983: A systematic review

When this paper was published in February 2015, Public Health England conceded astonishingly quickly that there was no randomised controlled trial (RCT) evidence to justify dietary fat recommendations at the time they were introduced (1977 US/1983 UK).

However, they continued to dig holes with the following assertions:

1) Ah yes – but this review “looks at the results of just six relatively short-term randomised controlled trials (RCTs), whose limitations are acknowledged by the authors”;

2) Ah yes – but we know that that “saturated fat consumption influences cholesterol levels and increases the risk of cardiovascular disease” (quotations from the PHE letter to the journal, BMJ Open Heart);

3) Ah yes – but the RCT evidence available today is overwhelming;

4) Ah yes – but the epidemiological evidence at the time was strong.

1) Is so funny. That was our conclusion – as set out here. Our two dramatic findings were 1) there was no evidence to support restrictions on total or saturated fat and 2) not even 2,500 sick men had even been studied to come to this conclusion.

Don’t criticise us for pointing out that guidelines had been introduced for hundreds of millions of Brits and Americans, when they were not even justified following studies of a few sick men! That’s your limitation – not ours!

3)  Professor Julien Baker, Dr James J DiNicolantonio, Professor Bruce Davies and I are waiting on a follow-up paper, which has been in submission since January 2016. This was the natural follow-up paper to last February’s paper – it reviews the pool of RCT evidence available today. Guess what – it provides no retrospective support for the dietary fat guidelines. Watch this space for the full results…

4) A paper has been published today, 30 June 2016 reviewing the epidemiological evidence available to the dietary guidelines committees in 1977 (US) and 1983 (UK) respectively. The abstract is here. The key findings are as follows:

The most comprehensive population study undertaken at the time was the Seven Countries Study.[3] This reported that CHD “tended to be related” to serum cholesterol values and that these in turn “tended to be related” to the proportion of calories provided by saturated fats in the diet.[4] Keys acknowledged that epidemiological studies could reveal relationships, not causation.[3]

This BJSM paper is the first to review the epidemiological evidence available to the dietary committees.

The paper documents the systematic review that was undertaken to identify and examine all prospective cohort studies available to the dietary committees. A meta-analysis was not possible as suitable data were not available.

Two studies were available to the US committee, meeting in 1977: The Western Electric Study;[5 6] and The Seven Countries Study.[3] Four further studies were available to the UK committee: The Puerto Rico Heart Health Program;[7-9] The Framingham Heart Study;[7 10] The Honolulu Heart Program;[7 11 12] and a study conducted in London and the South East[13].

None of the six studies found any significant relationship between CHD deaths and total dietary fat intake.

One of the six studies, The Seven Countries Study, found a statistically significant relationship between CHD deaths and saturated dietary fat intake. The Seven Countries Study also reported that smoking, activity levels/exercise and weight played no part in CHD. Importance was assigned to a study for its saturated fat finding, which contradicted contemporary evidence about smoking, activity and weight.[14-16]

Some interesting and statistically significant relationships were found by the cohort studies:

–      Four of the studies (Puerto Rico, Framingham, Honolulu and the London bus and bank study) found a significant relationship between higher calorie intake and lower incidence of CHD.

–      The Framingham and Honolulu studies found a significant relationship between higher alcohol intake and lower incidence of CHD!

–      The London and Honolulu studies found a significant relationship between higher starch/cereal intake and lower incidence of CHD.

Affluence and/or activity levels could have been confounding variables in these findings.

Five of the studies made no mention of dietary fat in their conclusions. The Western Electric Study concluded: “No relation was encountered between body weight, mean blood sugar levels, lipoprotein lipase levels, or diet (other than coffee), and the development of coronary heart disease” (p30).[5] Morris et al identified healthy and unhealthy patterns of behaviour: “Meanwhile, a pattern of healthy living may have been identified: high energy intake and expenditure, high intake of cereal fibre, no cigarettes, with relatively little proneness to heart attack; and another behaviour pattern, of low energy intake and physical inactivity, low intake of cereal fibre, smoking cigarettes-carrying a relatively high risk” (p.1313).[13] The 1981 publication combining the Framingham, Honolulu and Puerto Rico cohorts summarised the findings of the three studies together: “In conclusion, men who developed MI or died of CHD consumed significantly fewer calories (but weighed more) and consumed less alcohol than average” (p.514).[7]

These correlation coefficients established strong relationships between the component parts of the diet-heart hypothesis, using saturated, not total, dietary fat and using CHD deaths and infarctions. However, strong correlations were found with CHD and other factors, as different as animal protein and television sets, with Gross Domestic Product and living standards suggested as the confounding and possibly causal variables.[18 19]

Harcombe et al[22] reported that the dietary fat guidelines were not supported by RCT evidence available at the time of their introduction. This systematic review finds that the prospective cohort study evidence available at the time did not support the introduced dietary guidelines. Both reviews reported serious limitations with the availability of primary prevention, both-sex, studies, which are the ones most likely to have generalisability for whole populations. 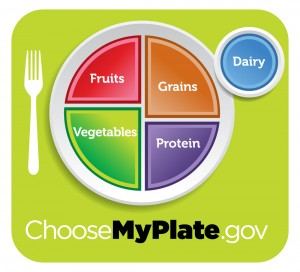 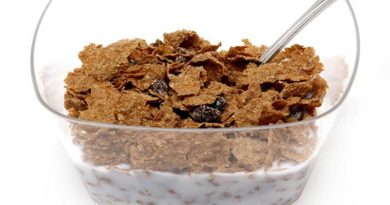