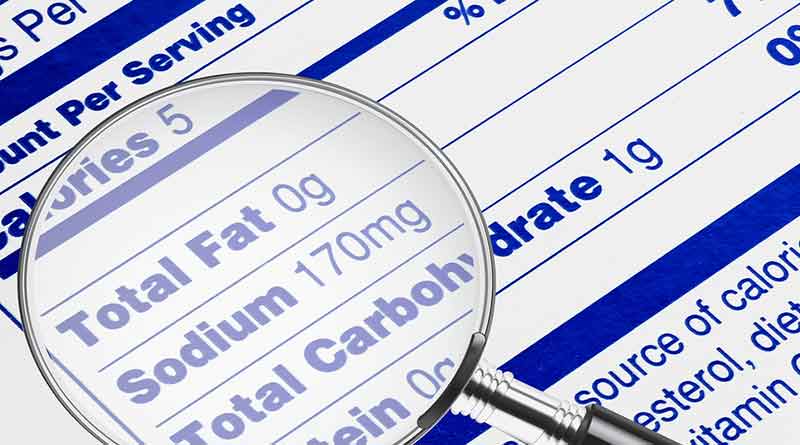 On 15 January 2016, the Royal Society for Public Health (RSPH) called for the introduction of ‘activity equivalent’ calorie labelling on food and drink. Such labelling would show how much activity would be required to burn off the calories contained in the food or drink. But would it?!

The press release can be viewed here. The call was made in an attempt to help with “the UK’s growing obesity crisis.” According to the press release, the RSPH’s said of activity equivalent labelling: our “own research found two-thirds (63%) of people would support its introduction, with over half (53%) saying it would cause them to make positive behaviour changes such as choosing healthier products, eating smaller portions or doing more physical exercise.” (The RSPH kindly shared by email that the research undertaken involved 2,010 UK adults, aged 18+, surveyed online between 11th and 13th December 2015).

The full position paper is here. The RSPH ‘hopes’ that prominent pictorial icons, alongside front of pack information, would increase consumer awareness of both calories contained within the food/drink and the activity required to burn off those calories. The icons are illustrated in the full position paper. An example bag of crisps is shown with a picture of someone: running; cycling and swimming and the numbers say that these activities would need to be done for 19, 23 and 13 minutes respectively to burn off the 171 calories in this particular bag of crisps.

2) The second problem is that calories are not equal. If we proceed on the correct assumption that calories are units of fuel, nothing to do with weight, we will be on safe ground. This video shows how most of the fuel requirement of the body is determined by basal metabolic rate (the fuel needed by the body if we lie in bed all day) and that this, almost entirely, needs to be met by fat and protein. Carbohydrate is for energy only (and fat can meet energy needs just as well, arguably better).

3) It follows from (2) that all carbohydrate that humans consume must be burned off with activity or it will be stored as fat. It cannot be used for anything else. This means that any activity equivalent label only needs to list carbohydrate calories. This is the fuel that needs to be burned off, or it will be stored as fat (in what ratio, we do not know – certainly not in the 3,500 calorie ratio).

To take an example, 100 grams of Mars Bar contains 17g of fat, 4g of protein and 70g of carbohydrate (the rest will be water). If someone eats 100g of Mars Bar, they need to use up 70g – approximately 280 calories worth – of carbohydrate fuel. The fat and protein can be used by the body for maintenance and repair.

4) This brings us to another problem. We cannot choose what we want the body to burn for fuel – the body mechanisms and physiological state decide this for us. If we eat the Mars Bar and start running at 5 miles per hour, the body will first use any glucose already available in the blood stream. After this? Who knows. Maybe glycogen stored from carbohydrate eaten in the past 24 hours, maybe glucose from the Mars Bar, maybe fat from the Mars Bar (instead of using this for cell repair/maintenance). Who knows? This whole calories in/calories out mythical thinking has led to a lot of erroneous assumptions about food, activity and weight. This initiative perpetuates a lot of this bad science.

5) Notwithstanding that only the carbohydrate calories need considering, the pictorial icons are wildly inaccurate and yet would be taken as accurate by most people. In the full position paper, page 4 has a guide as to how much medium walking vs. slow running a person would need to do to burn off the example foods shown.

The source for the information is this very rough calculator, which doesn’t take gender into account and is not very sensitive to age. I’ve reverse engineered a couple of examples and the numbers seem to be based on a 50 year old (male or female) weighing 76kg (nearly 12 stone). This person would, allegedly, use up 436 calories running slowly for 42 minutes (close to the 445 for the sandwich). Weighing 50 kg, I would need to run for 65 minutes to achieve the same – a 55% margin of error. Other, more accurate, calculators available suggest I may need to run at 5 miles an hour for over 75 minutes to burn off the sandwich.

6) Problem six logically follows three, four and five above: the body needs to burn off all carbohydrate daily, not just snacks consumed. If this labelling route is a good idea, it should apply to every food containing carbohydrate, from fruit to lentils to yoghurt to brown rice.

Government guidelines advise consuming 55% of calorie intake in the form of carbohydrate. I would need to run for three solid hours to burn that off, even before starting the running needed to burn off any extra snacks!

7) Problem seven is huge and not widely known. I wrote about this in a blog in 2010. We don’t use up as much energy as we think. Exercise calculators take into account BMR (Basal Metabolic Rate). Hence, if watching TV requires 68 cals an hour (this is the calculation for a 140lb/10 stone person) and moderate walking burns 200 calories an hour (for the same person), then going for a walk should be viewed as the additional energy needed beyond doing nothing (i.e. 130 calories in this case). Some slimming plans encourage “treats for activity” e.g. jog for 20 minutes, have a (say) 200 calorie confectionery bar. It is quite UNlikely that someone would use 200 calories in 20 mins jogging above what they would need anyway pottering around the house or being at work.

8) Problem eight is that this is music to the ears of the fake food industry. Sure, they won’t like having to change labels if this becomes mandatory, but they would like to make portions smaller, to reduce ‘burn off’ times, while keeping the price the same, to boost profit. This is essentially what has been happening with the government (IR)responsibility deal.

9) The final problem is the same one encountered by all of these different initiatives by different organisations – the opportunity cost of what could be done instead. Instead of going to all this effort hoping that adding complex and inaccurate pictures to every fake food product will encourage people to avoid, or burn off, junk, why not advise people not to have the junk in the first place?

When people ask for my views of traffic light, or other labelling, schemes my response is always the same – our labelling policy should be simple: don’t eat anything that requires a label. Why is it so difficult for public health bodies to simply come out and say “Eat real food”!

No doubt the RSPH initiative is well intentioned, albeit without any evidence that it would have an impact. Sadly it suffers from so many flaws, I cannot see any good coming from good intentions. Well meaning “Eat real food” messages would be far simpler and more effective, yet somehow seem to escape the mind set of public health bodies. 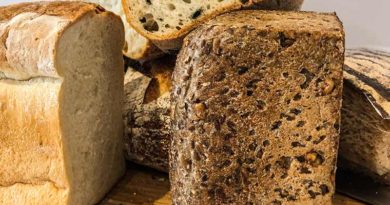 The men who made us fat – Episode 3 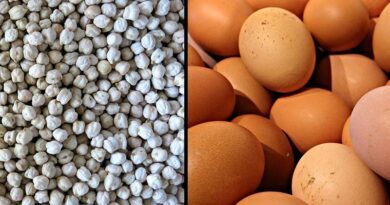