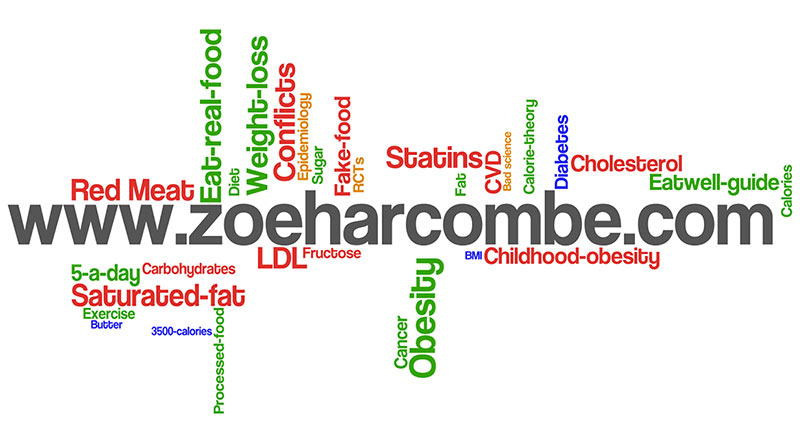 These are the topics that I’ve researched and blogged about this year:

Katie Hopkins: My Fat Story. Controversial British columnist, Katie Hopkins, did something that I would never do – she aimed to gain three stone with the aim of losing it all again afterwards. Her end goal was to ‘prove’ to obese people that they could lose weight. She missed the ‘quickly on = quickly off’ fact and she missed quite a few other things too.

Change4Life sugar swaps. Celebrity diet books and government public health literature attacked sugar in January. However, they didn’t seem to realise that their advice was simply swapping one sugar for another.

Horizon: What’s the right diet for you? The TV schedule is full of diet programmes in January. This BBC production tried to claim that there were three different types of dieters (Feasters; Constant Cravers and Emotional Eaters) and that different diet plans were needed. I disagreed. The best diet tip for anyone is to ditch the junk!

And now for diet injections. This is about Liraglutide, a diabetes drug, which Novo Nordisk thought could/should be used as a diet injection. I looked at what this could do to a human body.

Do sugary drinks cause menstruation to start earlier? I didn’t know, so I reviewed a paper that claimed to have found out.

US and UK dietary advice on fats “should not have been introduced.” A post about the first major paper to be published from my PhD. This paper went on to become the 64th most impactful paper in any discipline in 2015!

South African Dietary Guidelines. Before heading off to Cape Town for the conference, I took a look at SA dietary guidelines.

Saturated fat & CHD in Europe. This is a post to bookmark – graphs showing the INVERSE relationship with saturated fat and coronary heart disease for 44 countries in Europe.

Did a low fat diet beat a low carb diet for fat loss? The results were presented as “Compared to the reduced carbohydrate diet, the reduced fat diet led to a roughly 67% greater body fat loss.” Wow – 67% – how impressive is that? Completely unimpressive as it turns out…

HRT & CVD: Cochrane Study.  In March 2015 a Cochrane study was published entitled “Hormone therapy for preventing [HRT] cardiovascular disease in post-menopausal women.” It was reported very differently in global media headlines, so I analysed it. My conclusions may surprise people who might (wrongly) assume that I’m anti-drug.

Does breastfeeding make humans more intelligent? The study that attracted my attention for this post was one that I’ve never had occasion to look at – breastfeeding, IQ, years in education and income. It was interesting…

Things to take away from the takeaway study. I did a national radio interview on this one – a study had been published by researchers at Cambridge University mapping obesity and the number of takeaway outlets.

Where does the 3,500 calorie theory come from? Who knows? Literally – who knows?!

Being overweight reduces dementia risk? First – does it? Second – what might be the mechanism?

Paracetamol, Pain, Pleasure, Prozac and Weight. What on earth do all these have to do with each other? All will be explained.

You cannot outrun a bad diet. This was about an editorial written in the British Journal of Sports Medicine by Dr Assem Malhotra, a cardiologist, and Professors Tim Noakes and Stephen Phinney.

Georgia Davis – May 2015 update. Georgia Davis has been well known for a very sad reason. She is from Wales, where I live, and she has been known as the most obese teenager in the UK for some time. Georgia often pops up in the media having lost or gained vast amounts of weight – usually gained unfortunately. This latest update reported that Georgia is an estimated 55 stone (350kg/770lb) at the age of 22.

High protein diets, weight & death. This was an outrageous piece of reporting following a publication from the PREDIMED study about protein. I showed the conclusions to be highly inappropriate, but the fake news had sadly already made the headlines worldwide.

Polypharmacy – time to cut drugs. This article is about the launch of a new campaign. The campaign is called “Choose Wisely” – following in the footsteps of the US and Canadian campaign of the same name. Who was behind it and what’s it all about?

Tesco reducing sugar in soft drinks & what has salt got to do with it. I ended up on national TV discussing this story. What was the story all about and what were my points?

The British Nutrition Foundation, Food Giants and our Children. I exposed the relationship between the school curriculum, government dietary advice and the big food companies behind it.

People who take statins die more of things other than cancer. Two studies from a cancer conference in Chicago made the headlines. I tracked down the papers and took a look at them.

If you think 10g of nuts will extend your life, you really are nuts! The world woke up to the headline that “half a handful of nuts” would result in a “23% lower chance of death…” I wasn’t convinced.

Chocolate & cardiovascular disease. I took a look at i) the implications of the headline that chocolate could reduce the risk of CVD ii) is there a plausible mechanism? iii) what could really be going on here? and iv) a recent chocolate study that fooled the world.

Britain’s fattest man & anorexia. In the same week, Carl Thompson died and an inquest was taking place into the death of 17 year old Emma Carpenter. Carl had the unfortunate distinction of being known as “Britain’s fattest man”. Emma had died nine years earlier, but the circumstances were being investigated. Emma died suffering from anorexia and weighing just 4 stone with a BMI of 10. The cases had more in common than one might think.

The story that melted my outrage scale. It was about a discussion in the UK House of Lords about the powers that schools have to confiscate items in a child’s lunchbox that they don’t think should be there. Why was I so outraged?!

A GPs view of mass medication. This was my first guest blog post, written by GP Dr Joanne McCormack. It’s all about drugs, statins, being on the front line of medical care in the UK and the targets that doctors are expected to meet. A real bird’s eye view…

SACN report: Carbohydrates & Health. This is one of my ‘bookmark’ posts. Whenever there are claims in the UK that we need to eat carbohydrates for health, this is the report that gets referenced. I went through the 384 page report and summarised what it found, to save you the bother.

The chances of losing weight with dieting. A study undertaken by King’s College London, published in the American Journal of Public Health, had the simple aim of looking at the probability of an obese person attaining normal weight. The findings were striking…

Sunshine or cereals? Does the UK need more sunshine or fortified cereals?

A very low fat diet vs. a not low carb diet. This post was about a study presented at the annual meeting of the Endocrine Society in San Diego. Despite this being a conference presentation and not a paper, I managed to track down enough information to get to the bottom of the headline.

Coca-cola, exercise & conflicts. A US journalist, Anahad O’Connor, uncovered that Coca-Cola was funding ‘scientists’ to reiterate the message to focus on exercise, and not calorie intake, in the war on obesity. This post summarises the relationships exposed.

Orthorexia. What is orthorexia? Is it bad or good?

How can a 3 year old have a lifestyle condition? A toddler had just been diagnosed with type 2 diabetes. When this used to be called maturity onset diabetes, how could this happen?

The banks get it – why don’t public health authorities? This was a review of the fabulous Credit Suisse Research Institute paper, which suggested that our dietary fat guidelines are wrong.

Butter or margarine. I dissected a Harvard paper, which was promoting the usual saturated vs unsaturated fat non-sense.

Three revelations about statins. Last Monday’s note about National Cholesterol Month was widely shared. It also attracted many blog comments, which fell into three main categories. I share what they were.

Jennifer Elliott vs, Dietitians Association of Australia. This was my second guest blog post. It was written by Jennifer Elliott – an Australian dietitian who had been de-registered by her professional body (DAA) for outrageously promoting real food. Given the fake food sponsors of the DAA, no wonder they weren’t happy with this ethical professional!

World Health Organisation, meat and cancer.  This post formed the basis of a Mail on Sunday article, which I was invited to write. It also inspired a Sunday Times article. This blog has been shared over 23,000 times, at the time of writing this summary.

Low fat diets – better than nothing? This post reviewed an article published in The Lancet entitled ““Effect of low-fat diet interventions versus other diet interventions on long-term weight change in adults: a systematic review and meta-analysis”.

How does a 6 year old become 8 stone? A child in the UK had ended up on national TV – 6 years old and 8 stone (50kg). The mum seemed to think that the school should have pointed out the issue to her!

Diet advice for diabetics. This is an important post for posterity, It documents how official advice for diabetics is being subtlety updated, without any admission of the previous advice being wrong. The right thing to do would be to announce with a big fanfare “we were wrong – you need to do this” but they won’t. I explore why.

Two doctors in the house. Two TV programmes aired in the UK at the same time with very similar titles and very similar concepts. I took a look at them both.

Portion sizes – by guesswork or by nutrients? A dietician had produced a guide to portion sizes, which was published in the Daily Mail. I approached it from a different angle – how much of the most nutritious foods would we need to consume to get Recommended Daily Intakes of vital nutrients.

The five healthy behaviours that we don’t do. This post reviews one of the most informative papers ever published. Data from the Caerphilly epidemiological study were published after 30 years. The top five behaviours, which made most difference to longevity and absence of disease, were revealed in this paper. As was the proportion of participants in the study meeting these behaviours – even when they knew the impact that this would have on their health.

Top tips for Christmas (to avoid looking like Santa!)  My top tips to help readers get through the festive season without gaining weight.

Sugar in fruit.  A useful infographic to show the amount of sugar in some examples of fruit. 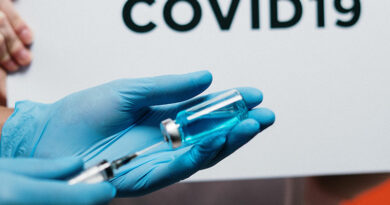