I was at a dinner party recently when the subject of cholesterol came up. Every (lay) person around the table turned out to be an expert: “Cholesterol is bad”, said one. “Well actually there’s good and bad cholesterol”, clarified another. “Our cholesterol shouldn’t be higher than five”, volunteered one sage. Five what? They had no idea. Why is cholesterol bad? Not a clue. If ever there were a substance vilified with the utmost ignorance – cholesterol is it.

This is what we should be told in national cholesterol month and these are the things that my fellow diners should have been saying about cholesterol:

2) Cholesterol is so vital that our body makes it

It cannot be left to chance that we would need to get cholesterol from an external source, such as food. One of the key reasons that we need to spend approximately one third of our lives sleeping is to give the body time to produce cholesterol, repair cells and perform other essential maintenance.

3) There is no such thing as good and bad cholesterol

4) The cholesterol blood test is a guess

The standard blood test can only measure total cholesterol & HDL. So we have one equation, four unknowns, only two of which can be measured:

Any GCSE maths student will tell you that this is insolvable.

5) There is no science behind the number “5”

Even after years of artificial intervention, the average cholesterol level in the UK is somewhere between 5.6 – 6.3 mmol/l (Ref 2) (216-244 mg/dl). The powers-that-be have decided that this should be 5mmol/l (193 mg/dl). This is like saying that the average height for a woman is 5’4” and we have decreed that it should be 5’1”. We could then stop the body from performing a natural function (growth) by administering drugs to stop growth hormones from doing their job. I trust that this analogy disturbs you. It is, however, frighteningly similar to what we are doing with attempts to lower average cholesterol levels.

The US dietary guidelines are due to be re-issued this year. The draft report announced in February 2015 that “cholesterol is no longer a nutrient of concern” (Ref 4). It never was you Muppets!

Why would humans put so much effort into stopping the body from doing something that it is designed to do – make cholesterol?

Statins are drugs that impair the body’s production of cholesterol. One statin alone, Lipitor, has been worth $125 billion to Pfizer since 1997 (Ref 6). This statin is the most lucrative drug in the world. It is not the only statin.

Thankfully statins don’t work perfectly. If they stopped the body producing cholesterol altogether they would have a 100% death rate.

An entire low-fat spread industry, worth billions, has emerged simply by adding plant sterols to margarines because the brainwashed public will buy anything with “cholesterol lowering” properties. These plant sterols compete in the human body with human cholesterol and the overall impact on heart health is serious (Ref 7). I trust my body to make the cholesterol it needs. I’m not going to replace this with a foreign compound.

Back to the dinner party: While my healthy heart sank at the nonsense being asserted by intelligent acquaintances, there was an upside to their naive acceptance of propaganda: When the cheese course arrived, there was plenty to be enjoyed by the enlightened! 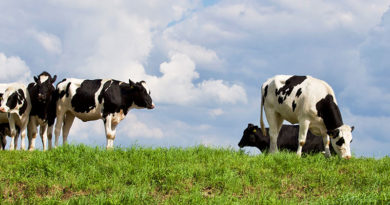