After the success of this paper and the huge media interest it generated, a backlash was inevitable. It came in the form of a personal attack on me that I had not declared a ‘competing interest’. What competing interest? I was accused of “the advice on this web site [the one you’re on now] on dairy fat consumption (it contains essential fats, complete protein and invaluable quantities of vitamins and minerals) being similar to the conclusions published in your study on Monday.”

I replied: “I have been doing a PhD examining the evidence base for dietary fat guidelines at the University of West of Scotland since September 2012. This paper is a systematic review and meta-analysis of randomised controlled trials available in 1983. The article was not about meat or dairy products – it does not mention them. The paper expressed no author views about dietary advice – it examined the evidence base for guidelines introduced over 30 years ago. There were no conclusions about dairy fats; I reiterate they were not even mentioned, in the published study from Monday. The media ran with a butter/dairy story, which had no more evidence base from our paper than dietary guidelines had from RCTs.”

One response of the CTSU, (which we now know has received £268 million from pharmaceutical companies that make statins), when challenged about their pro-statin papers and refusal to share Serious Adverse Effect data has been to sling mud back “but so-and-so has written a book on the topic.” As one recipient of this attack, Dr Malcolm Kendrick, said  “If you write in books what you write in papers, that does not make you conflicted, it makes you consistent.”

I considered it completely INappropriate to mention that I also write books at the end of a team academic article, which had nothing to do with “The Harcombe Diet” and which could be seen as a plug. I checked probably the most well known author connected to Open Heart, who is also an associate editor, Ben Goldacre, and there was no mention of his books. It would thus have been inappropriate to mention mine.

After a number of discussions with BMJ Open Heart and the whole research team (there are seven of us) yesterday, there will be a statement added to the paper. Not least, as this is already the most downloaded paper on BMJ Open Heart, this could, of course, generate book/diet interest/sales, completely counter to my intent or wishes. 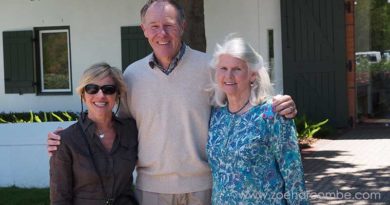