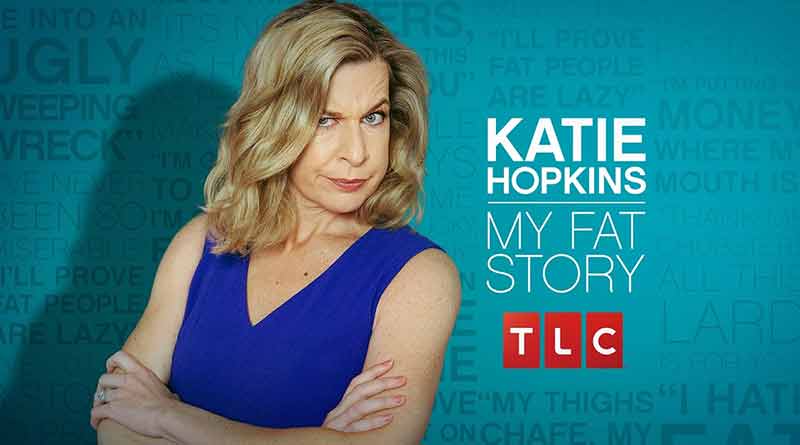 The starting aim and metrics

“Katie Hopkins: My Fat story” was a programme aired in two parts on TLC on January 2nd and January 3rd 2015.

Katie Hopkins set out the rationale for the programme in the opening words: “To make a point to the two thirds of Brits who are overweight, I’m going to put on three stone and then prove how simple it is to lose weight.”

Katie started the experiment in June 2014 and she aimed to put on three to four stone by the end of August. Her starting weight was 8 stone 13lb and she is 5’ 7”, so her starting BMI was 19.6 – close to clinically underweight. She described herself as a fitness fanatic and the measurements recorded at the start of the experiment showed that she had 15% body fat, which is extremely low (24% being the low end of normal body fat for a 39 year old female).

One of the first scenes in Programme 1 of 2 showed Katie going in to her local rugby club in a bikini to ask some rugby hunks what they thought of her body. The consensus was that she was “underweight”, “skinny”, had “no bum or boobs” and would look much better if she gained a stone or a stone and a half.

The programme was shown in two parts, each an hour long with adverts, so there was probably 90 minutes of content in all. The necessary content – Katie gains three stone and then Katie loses quite a bit less than three stone (sorry to give the punch line away) – took up a very small proportion of the programme because, even with Katie doing a video diary, there’s actually not much of interest in eating more/doing less and then eating less/doing more.

Programme 1 was taken up with repeated visits to a doctor to have measurements taken and to have the “we advise you not to do this blah blah” compulsory disclaimer. The stocking fillers in Part 1 were: the rugby club visit; a visit to America – the home of overeating and let’s meet a 57 stone woman while we’re there; a visit back in the UK to a mum of 3 who had had gastric surgery in 2008 and dropped to 9 stone 7lb but was now back up at 14-15 stone (and upset by excess skin); a visit to a psychologist; and a visit to the Miss British Beauty Curve competition in July 2014, where Katie was an unlikely judge.

The programme didn’t flow – it was a series of sketches – and the key insights were largely missed. The most interesting aspect of the visit to the 57 stone woman in North Carolina was that her slim and fit boyfriend was clearly a ‘feeder’. The control psychology of this would have been interesting to explore, but this didn’t happen. The visit to the bariatric surgery mum could have been an interesting exploration of classic weight rebound, following calorie deficit dieting, but this didn’t happen.

The most interesting part of programme 1 for me was the fleeting coverage of Katie meeting a psychologist and sharing that she has epilepsy. The psychologist suggested to Katie “you can’t control your epilepsy but you can control your weight.” Katie admitted that she has no compassion for herself (and the public observes her having no compassion for others). Katie also shared “It’s a lot easier to be tough me when I’m slim.”

There were many twitter comments that this programme gave us the most insight to date into (apparently) Britain’s most hated woman. The twitter support was especially strong during the second programme where general themes were: “I didn’t think I would agree with anything that Katie said, but I do”; “She’s only saying what’s right”; and “I’m seeing a different side to Katie.”

What Katie thinks she proved and what she did prove

Katie claimed at the end of Part 1 “I have proved if you sit on your bum and eat you will get fat.”

Wrong. Katie showed that, for n=1 (i.e. an experiment with 1 subject), someone who has previously eaten carefully and healthily and (over) exercised will gain weight if they stop exercising and consume doughnuts, chocolate milk, crisps, sweets and other junk at the rate of 400+ calories an hour for 16 hours a day. Had Katie sat on her bum for three months and eaten no junk whatsoever, there is no reason why she should have gained weight.

Katie did an #AskKatie on twitter after both programmes. Two further comments made during Friday’s #AskKatie were of interest:

1) “You have to find the exercise you love. It’s not about diet, it’s about working out.”

2) “My show is not pointless – it proves there are no excuses for obesity. It’s simple maths.”

1) Katie stopped exercising as soon as she started the experiment and yet she gained no weight for the first two weeks. She realised that she had to massively increase her food intake to achieve weight gain. Similarly in Part 2, had Katie started exercising and continued to eat 6,000 calories a day of junk, she would have made next to no difference to her weight. Weight is about diet; it’s not about working out.

At the end of the 12 week eat less/move more phase, Katie had lost 2 stone 3lb – she was 11lb heavier than at the start of the experiment. The programme tried to gloss over this by saying she was underweight before and looked better with a fuller face. True and true, but that doesn’t change the fact that Katie failed to lose weight gained deliberately and quickly. She failed to lose 26% of her gained weight to be precise – despite doing 20,000 steps a day and running three times a week. Had she ditched the junk, she may have shown us the power of eating clean.

2) Katie didn’t prove the simple maths – she disproved it, assuming that by “simple maths” she is referring to the calorie theory. Programme 1 stated that Katie had consumed 504,000 calories in 12 weeks. During that time she went from 8 stone 13lb to just under 12 stone – a 3 stone (42lb) gain.

The show was pointless, as n=1 is not an indication of the general population and a three month binge and correction is in no way a reflection of the obesity paradox (people so desperately wanting to be slim and yet two thirds not being).

What Katie showed was that, for n=1, where n is a lifelong slim person, quickly on = quickly off when it comes to weight (although not all of it necessarily). Indeed for anyone at a fairly constant weight, normal or otherwise, any weight quickly gained (due to illness/holiday) can be just as quickly lost (again – not all of it necessarily as some serial holiday gainers will know).

What Katie absolutely did not prove is that someone who has been, let’s say, overweight since childhood and obese in adulthood can lose weight and keep it off with a calorie deficit diet. All the evidence since Benedict (1917), Keys (1950), Stunkard & McLaren Hume (1959), Franz (2007) shows that weight lost with a calorie deficit is, in almost all circumstances, regained and often more. This was exactly what the bariatric surgery mum was trying to share, but it was lost on Katie who just thinks that people need to eat less and move more.

As a relevant comparison, if Katie had smoked for 3 months and then quit, would this have shown that a lifelong smoker had no excuse for giving up? We know that the maximum smoking cessation odds are 2%, which can be doubled by quitting with a friend/support group and can be doubled again to 8% with smoking cessation products (reference – I worked for SmithKline Beecham when patches were first launched!) We similarly know that 95-98% of diets fail.

If Katie proved anything beyond quickly on = (mostly) quickly off with this experiment, she proved the set point theory of weight. The evidence from the work of Benedict to Franz mentioned above shows that calorie deficits lead to a short term deviation from the starting weight and then a return to that starting weight, or higher, in the medium to long term. The Franz review of 26,000 people in 80 different weight loss studies, showed that six months is the key marker. Up to six months, calorie deficits lead to weight loss and then the weight starts to be regained around the six month point and most people are back where they were within 48 months or sooner. The greater the calorie deficit, the greater the short term loss and the greater the subsequent regain.

Just as Katie went from c. 9 stone to c. 12 stone and back to c. 10 stone, supporting the set point theory of weight, so another person could have gone from 12 stone to 9 stone and back to 12-13 stone in little more than that time. Katie may, somewhat ironically, have proven the futility of eating less and doing more. The only way to escape the known outcome of calorie deficit dieting is never to do it and to sign up to eating better instead. 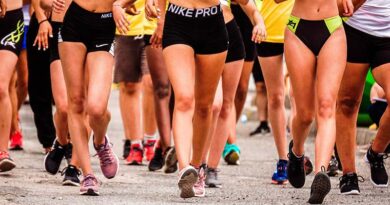 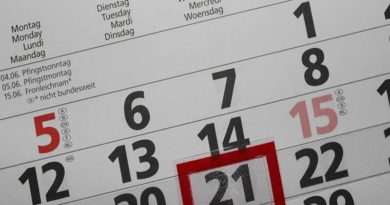