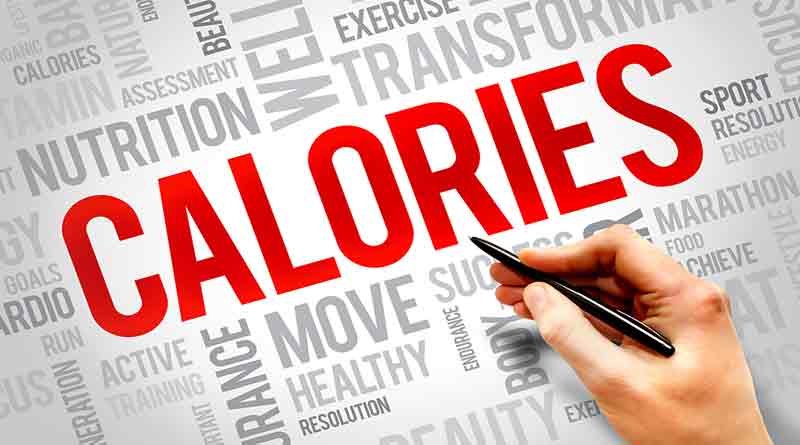 This is extracted from: “The Obesity Epidemic: What caused it? How can we stop it?”

During June and July of 2009 I approached the British Dietetic Association (BDA), Dietitians in Obesity Management (DOM), the National Health Service (NHS), the National Institute for Clinical Excellence (NICE), the Department of Health (DoH), the National Obesity Forum (NOF) and the Association for the Study of Obesity (ASO) to ask all of these expert organisations for proof of the 3,500 formula (also known as the calorie theory).

On 10 June, I sent the following query to the BDA: “I am doing some research on obesity and I would be most grateful if you could help me. Please can you explain where the ‘One pound of fat contains 3,500 calories…’ comes from?”

I received a prompt and pleasant reply, “Unfortunately we do not hold information on the topic that you have requested.” It was suggested that I contact a dietitian. I happened to be with several dietitians at an obesity conference later that month, so I asked fellow delegates and no one knew where the 3,500 formula came from. No one knew where the ‘eatwell’ plate proportions came from. One dietitian said to me “You’ve made us think how much we were just ‘told’ during our training, with no explanation. A group of us over there don’t even know where the five-a-day comes from.” (This may help)

So, after the conference, on 29 June, I sent the following email to the NHS: “I am an obesity researcher and I am trying to find out the rationale behind the statement: “One pound of fat contains 3,500 calories, so to lose 1lb a week you need a deficit of 500 calories a day”. This specific reference is a verbatim quotation from the British Dietetic Association’s Weight Loss Leaflet Want to Lose Weight and keep it off? The BDA reply was ‘we do not hold information on the topic.’ As this formula is the foundation of all current weight loss advice, it is critical to be able to prove it. Please can you let me know where this formula comes from and the evidence for it?”

On 30 June I received another prompt reply: “Unfortunately our Lifestyles team do not hold this information and are unable to assist you with your enquiry. I would suggest you contact the Department of Health to see if they can help.”

On 2 July I sent the same email to the NOF and the ASO and received a very prompt email back from the NOF (two hours later) suggesting that I contact the ASO. I thanked the NOF for this, but pointed out that their own web site quoted the 3,500 formula verbatim and also had the following classic example: “one less (sic) 50 calorie plain biscuit per day could help you lose 5lbs (2.3kg) in a year – and one extra biscuit means you could gain that in a year!” I have heard nothing back from the NOF since. I sent Dr. David Haslam, NOF chair, an email on 6 July attaching An Essay on Obesity, which I had written, for his interest and comment. On 10 July I also sent Dr. Haslam the exchange I had had with the ASO, so that information could be shared.

Association for the Study of Obesity (ASO)

The ASO response was the most helpful by far, but it still completely failed to prove the 3,500 formula. My query was circulated to board members and two kindly replied:

One reply was: ”Basic biology tells us that 1kg pure fat, converted to energy = 9000 kcal, 1lb pure fat = 0.453 kg = 4077 kcal. The approximation to 3500 kcal is made on the basis that ‘adipose tissue’ is not 100% fat (some water and some lean tissue). Hence to lose 1lb pure fat = 4077 kcal deficit, or 1lb fat tissue in the body = approx 3500kcal deficit. This equates to 500kcal per day to lose 1lb in a week. This has been supported by numerous studies using whole body calorimetry.” There were no sources put forward, for these “numerous studies”. I asked on 21 July and again on 11 August for “even one obesity study that proves this formula” and have received nothing back.

You can make 1lb = 2,843 calories or 3,752 calories without much effort. (This error could have a weight impact of a two stone loss or a six stone gain each year if any of this nonsense were true.) (Please see footnote for calculation).

The ASO member uses the word “approximation”, as do many references to the calorie formula, so there may be some acknowledgement of the number of variables. However, the diet advice that follows takes no account of this word “approximation”. If we take just one variation – the difference between 3,555 and 3,500 equates to five to six pounds a year (footnote). The NOF cautions that eating, or not eating, one biscuit a day could cause a person to gain, or lose, five pounds in a year. Well, the formula being inaccurate can also do this without any biscuit involvement at all. In fact, if 3,555 is correct and not 3,500 (notwithstanding the fact that there is no proof for either formula), this would have made a difference of 172 pounds over the past 30 years (the obesity epidemic period). Fortunately the error would be ‘in our favour’ so we should have all been able to eat nearly 11,000 biscuits and get away with it, or be over 12 stone lighter.

So, let me understand this, the people on the 600 calorie-a-day deficit (the NICE recommendation) were 5 kilograms (11 pounds) lighter than those not doing this “at 12 months.” Applying the basic maths formula, these 12 people should each have lost 600*365/3,500 = 62.57 pounds of fat. Not an ounce (of fat) more or less. AND, there should have been no range of results – everyone should have lost exactly the same (that’s what happens with a mathematical formula). The least anyone lost (let’s put it all into pounds) was 0.8 pounds and the most anyone lost was 17.2 pounds. Even the highest weight loss was 45 pounds lower than it should have been. This is also all about fat – we haven’t even started looking at muscle or water loss. This is also a study of 12 people. There are 1.1 billion overweight people in the world and we can’t prove a formula using 12 of them.

I was still digesting the immense implications of all this when the DoH reply arrived, on the 21 July, saying “The Department is unaware of the rationale behind the weight formula you refer to.” Pause for a second – the UK government Department of Health, has no idea where their founding piece of diet advice comes from. They kindly suggested another lead, (Dietitians in Obesity Management UK (DOM UK) – a specialist group of the British Dietetic Association), which I followed up on 24 July.

I chased NICE on 27 July, as the 20 working days were ‘up’ in my calendar. I appeared to have been passed between NHS and NICE during July and a helpful woman called me back to say she had found the right department to deal with the query. A couple of days later, the reply came “Whilst our guidance does contain reference to studies involving 500 calorie deficit diets we do not hold any information about the rationale behind the statement ‘one pound of fat contains 3,500 calories, so to lose 1lb a week you need a deficit of 500 calories a day’.” That is to say – although we are an evidence based organisation, we have no evidence.

On 10 August I received a response from DOM UK: “I have asked our members and this answer was returned. It’s a mathematical equation, 1gram of fat is 9kcal, therefore 1kg fat equals 9000kcal. There are some losses but 1 lb of fat is approximately 4500kcal divide that by 7 days and its (sic) approximately 643kcal hence the deficit.” I went back to DOM UK, on the 10 August, to request an answer to the second part of the calorie theory – if that is how 600 calories is derived (and I have never before seen the 3,500 become 4,500), how can we then say with such confidence that each and every time this deficit is created one pound will be lost.

On the 18 August, I received a reply from one of the DOM UK Committee members: “My understanding is that it comes from the thermodynamics of nutrition, whereby one lb of fat is equivalent to 7000kcals, so to lose 1 lb of fat weight per week you would need an energy deficit of 7000kcals per week, or 500kcals a day. In or around that, depending on whether or not you use metric system and your clinical judgement, some people use a deficit of 600kcals a day and others 500kcals a day. There is good evidence that this level of deficit produces weight differences of approx 5kg at 1 year.”

This time the 3,500 deficit ‘needed’ has doubled to ‘7,000’ calories. Or, to put it another way, one pound of fat has become 7,000 calories. You can start to see what I have experienced as a researcher – how widely this formula is used as fact and yet how little it is understood and how few people know how to use their own ‘fact’.

So, in the example from Dietitians in Obesity Management, key proponents of the calorie formula, one year of a 600 calorie a day deficit will produce a weight loss of approximately 11 pounds – not the 62.5 pounds of fat alone that should be yielded.

When I pointed this out and suggested “I really think we need to fundamentally review the basis of current diet advice and stop saying ‘to lose 1lb of fat you need to create a deficit of 3500 calories’”, the final reply I got was “I guess a key to all of this is that weight loss doesn’t appear to be linear, any more than weight gain is.”

At last, an admission that the formula has no basis of fact.

The organisations approached have been helpful and accessible, but none is able to explain where the 3,500 comes from, let alone to provide evidence of its validity.

I have a simple and reasonable request. I would like proof of this formula – that it holds exactly every single time – or I would like it to be banished from all dietary advice worldwide.

Any proof needs to source the origin of the formula. Then the proof needs to hold in all cases. There needs to be overwhelming, irrefutable and consistent evidence that each and every time a deficit of 3,500 calories is created, one pound of fat is lost.

Since, we already have overwhelming evidence that such proof cannot be provided, it is not enough that we quietly stop using this formula – it is too widely assumed to be true for us to just sweep it under the carpet. We need to issue a public statement saying that it does not hold and should not be used again. We need to tell people that they will not lose one pound of fat for every deficit of 3,500 calories that they create. We need to tell people that there is no formula when it comes to weight loss and we have been wrong in giving people the hope that starvation will lead to the loss of 104 pounds each and every year, in fat alone.

NICE, gastric bands and yet more conflicts of interest 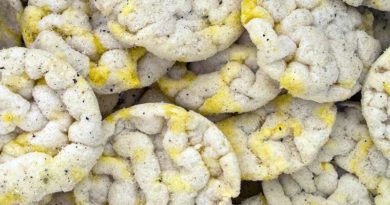 157 thoughts on “The Calorie Theory – prove it or lose it”