Slade Simon ‏@slade37 tweeted me this story and asked what I thought of it:

I thought no more of it until I saw BBC health tweet their story.

And then opened the morning papers and saw more headlines “How eating breakfast can cut a man’s risk of heart attack.” Then I did a quick Google search on breakfast and heart disease in the past 24 hours and this story had been reported from Canada to Australia with everywhere in between. (Here’s the press release).

Oh bother I thought – there’s a need for a nonsense busting blog before starting the proper work for the day:

This is the journal article. Unfortunately only the abstract is available on free view so I’ve spent $20 to get the full article.

The abstract summary tells us the following:

Methods and Results—Eating habits, including breakfast eating, were assessed in 1992 in 26 902 American men 45 to 82 years of age from the Health Professionals Follow-up Study who were free of cardiovascular disease and cancer. During 16 years of follow-up, 1527 incident CHD cases were diagnosed… Men who skipped breakfast had a 27% higher risk of CHD compared with men who did not (relative risk, 1.27; 95% confidence interval, 1.06–1.53)…

Conclusions—Eating breakfast was associated with significantly lower CHD risk in this cohort of male health professionals.

The full journal article gives the numbers as follows:

The raw numbers tell us the following:

– The average follow-up period (person years/people in each group) was 14.73 for skippers and 14.37 for eaters, so the skippers were followed for a longer period of time on average.

– As ever in these studies the numbers are TINY! In a study of nearly 27,000 men, aged 45 to 82 (how many of the eighty year olds made it to the 16 year follow-up?!), there were 1,527 incidents in 16 years. That’s an overall incident rate of 5-6 in 100 across 16 years or about 1 in 300 in any one year. This will be so massively weighted towards the older people in the study that the ‘youngsters’ didn’t need to worry about breakfast or anything much.

Other facts from the raw data in the full article:

Table 1 of the article has the baseline characteristics of the breakfast eaters vs skippers.

Putting the raw data and the  baseline data together…

The baseline data tells us that age is the only factor to the ‘advantage’ of the skippers – everything else (smoking, drink, exercise, stress) is stacked against them. And yet Table 2 of the study jumps from the raw data and the baseline data to say that, when the data is adjusted for age, demographic factors and activity factors, breakfast skippers have a 27% greater risk than breakfast eaters. How? I mean really – how?!

If skippers are 14-17% ‘ahead’ to start with and then the adjustments for everything other than age should accentuate this differential even more, the only factor that can be having an impact here is age. Age must have neutralised the raw data advantage for the skippers, neutralised smoking/drinking/stress/exercise etc. But not just neutralised – age has overcome all of these to the extent that it swings everything 27% in the opposite direction.

I can only think of one conclusion from this – heart disease is so strongly associated with age that nothing else matters – not smoking, drinking, stress, marital status, activity levels and certainly not whether or not you used to skip breakfast 16 years earlier! (we’ll come back to that one).

Other factors to consider

3) Please correct me if I’m wrong but I could see no evidence in the full paper that the follow-up included checks and/or adjustments for current breakfast eating or skipping pattern or how this might have changed over a long 16 year period. Indeed it would be quite difficult for the study to have done this – they would have ended up with four groups of people (more if they tried to follow changing patterns across 16 years). The minimum of four groups would have been – those who – when first asked in 1992:

– skipped breakfast and still do

– ate breakfast and still do

We thus have not a clue if what has been observed after a 16 year follow up reflects 16 years’ worth of behaviour or if it merely measures what the participant did in the days to which the 1992 questionnaire referred.

4) Even if there is an association between breakfast skipping or breakfast eating and heart incidents, the breakfast habits are as likely a symptom of a lifestyle rather than a cause. In this study it would be plausible for the low percentage of smokers among breakfast eaters to be an indication that some skippers are starting the day with a cigarette rather than eggs Benedict. This would be unhealthy, but would the smoking instead of breakfast or the missing breakfast be the key factor?

The researchers in this study will be very happy today – headlines across the world. The real losers are the media who fell for this nonsense, without looking at the numbers and the poor man in the street who might actually fall for this nonsense too. 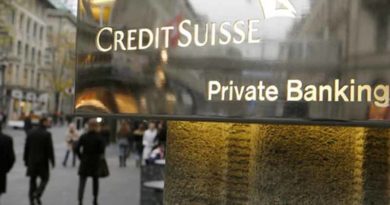