The UK is in the midst of a horsemeat scandal. The jokes are set to run and run (ha ha) but, in reality, this is no laughing matter. The story first broke in the middle of January 2013 with horse meat having been found in Tesco burgers. Other supermarket burgers were soon found to contain horse meat. No sooner had the story looked like dying away, Twitter was alight once more – this time with #Findus, rather than #Tesco. Findus ‘beef’ lasagne turned out to be Findus horsemeat lasagne.

‘Food’ manufacturers have been summoned to crisis talks with Environment Secretary Owen Patterson. Fingers of blame are being pointed from the Food Standards Agency to Poland. Vegans and real foodies are having a field day (excuse the pun). So, what’s the issue?

There are three issues worthy of exploration:

Let’s start with the health issue. When horsemeat was first discovered in value burgers I tweeted that this would likely be the healthiest part of the product. Burgers can have starch, wheat flour, sugar, preservatives and things that you wouldn’t recognise in them. The meat, albeit rarely the healthiest cuts of the animal, will be the most nutritious part.

What is the nutritional content of horsemeat? Have consumers suffered a detriment by consuming meat from a horse instead of meat from a cow from a nutrient perspective? The table below compares five products. Column 2 has the meat that was supposed to go in the burgers and lasagne – i.e. mince beef. Column 3 has the nutritional analysis of horsemeat in general. I’ve included the most nutritious single food on the planet, liver, as a comparator as well as a piece of fruit (to show how lacking it is compared to meat) and the single ingredient that Brits and Americans consume the most of – the nutritionally poor but omnipresent, white flour.

There have been some concerns that the horsemeat may contain drugs unfit for human consumption. At the time of writing this blog, this has not been determined. This concern aside, comparing nutrients alone tells us that the nutrition provided by the unexpected ingredient (horse) is no worse than that which the consumer expected to get (beef).

When it comes to animals and humans, we all draw the line in a different place. At one extreme we have the survival expert, Bear Grylls, who has the line drawn beyond all animals – he would eat any of them to survive. He has even eaten their waste products on television. At the other extreme we have people who will not eat any animal (meat, fish), any products from an animal (dairy, eggs), who will not wear any product from an animal (leather, wool) and will not utilise any product for which animals have been involved in the process (drugs, toiletries etc). As Lierre Keith so beautifully described in The Vegetarian Myth even vegans cannot consume any food for which an animal has not died. From the wolves and bison displaced for grain and soy(a) production, to the slugs destroyed to produce lettuce, to the fish killed as rivers are diverted to irrigate plant foods – we cannot eat anything for which something else has not died – no matter how much we wish to draw our line beyond this fact.

The emotive part of the horsemeat scandal is that many people do not want to eat horsemeat. Brits particularly, have an issue with eating horses – an issue that is not shared by much of the rest of Europe or by parts of Asia. Brits see horses as pets rather than food. A number of people have been deeply offended to discover that they have eaten horsemeat when they would not have chosen to do so. These people draw their line between horse and cow – the latter is OK, the former is not. This brings us on to…

The real issue in this scandal has to be about trust. People have trusted ‘food’ manufacturers to put what it says on the packet in the packet. This is not unreasonable, but, dare I suggest, it’s a bit naive? I say this because I wonder if consumers of processed ‘food’ ever know precisely what they’re eating. If you eat processed ‘food’ you may encounter the following ingredients, just as examples: hydrogenated fats; monosodium glutamate; maltodextrin; sodium caseinate; autolyzed yeast; autolyzed vegetable protein; hydrolyzed vegetable protein; citric acid; BHA (Butylated Hydroxyanisole); BHT (Butylated Hydroxytoluene); sodium nitrate; propyl gallate; sodium benzonate; benzoic acid; potassium bromate… Have you ever consumed aspartame? Have you ever Google’d ” dangers of aspartame”?

Give your child glucose syrup, sugar, gelatine (derived from the collagen inside animal skin and bones), dextrose, citric acid, flavourings, fruit and plant concentrates, colours (including carmine, which is made from crushed insects – usually red beetles), glazing agents (including beeswax), invert sugar syrup and fruit extract and no one will bat an eyelid. That’s the ingredients list for (sing along) “Kids and Grown-ups love it so, the happy world of Haribo”. And this is supposed to be a treat?!

British consumers have every right to feel let down by ‘food’ manufacturers. ‘Food’ manufacturers are unworthy of your trust. And, given the other nasties they regularly put in their fake food, they were unworthy of your trust long before horsemeat found its way into their ‘beef’ products. If you consume processed ‘food’, you really have no idea precisely what you are consuming. Why be any more outraged by a nutritious substance like horsemeat and not nutritionally void sugar and the chemical list above?

There is only one way to know precisely what you’re eating and that is to eat real food. This horsemeat scandal has not been an issue for me personally, as I know exactly where the lambs, pigs and cattle that I eat graze. I pass the chickens that deliver my eggs on the dog walk 2-3 times a day. I don’t eat anything that requires a label. If you want to ensure that any future food scandals have nothing to do with you, the strategy is really simple – JUST EAT REAL FOOD!

Animal protein as bad as smoking? Headlines based on 6 deaths! 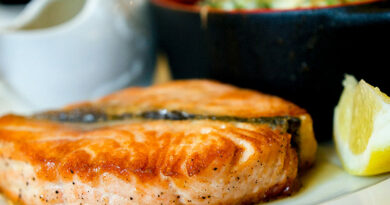 20 thoughts on “Horsemeat Scandal – What’s all the fuss about?”