The British Heart Foundation (BHF) describes itself as “a charity that aims to prevent people dying from heart diseases”. Until now, the BHF has remained relatively conflict free – a paragon of virtue in fact when compared with some other ‘heart charities’. Heart UK, for example, calls itself the cholesterol charity (cholesterol should have a charity for having become endangered, but that’s not what they mean!) Heart UK partners with drug companies, the very companies that profit beyond wild dreams from the lucrative war on this life vital substance, as their partner list confirms.

I receive a copy of the BHF magazine, which comes out six times a year. It is called “Heart Matters” and should be commended for having no adverts. It should also be completely ignored because the high carb/low fat/fear cholesterol advice is doing serious harm. However, at least the BHF has appeared free from conflict – until now…

On page 8 of the October/November issue there was an item entitled “Women’s heart health at risk” and the magazine proudly announced “We have teamed up with Flora pro.activ to encourage women to think more about their heart health.” It continued: “This month keep your eyes peeled for the partnership, which will reach women through information on special packs of Flora pro.activ, TV ads and online.” TV ads are seriously expensive – we can guess that Unilever has funded these? “One of the key things the campaign will encourage women to do is to get their cholesterol checked.” And once in the system, no doubt, the women can be frightened into fearing cholesterol and trying to lower it with statins or eating Flora pro.activ gunge or both. A web site has been set up in honour of this new partnership.

I first saw the advert on UK TV screens in January 2013 – you can see it here. A woman confidently asserts “A key risk factor for heart disease is high cholesterol.” My independent, unbiased, not-funded-by-drug-companies study of all 192 countries for which the World Health Organisation has data shows that the exact opposite is true. The higher one’s cholesterol level, the lower one’s risk of heart disease and vice versa. For men and women. For heart disease and all cause mortality. The graphs are on this blog here.

1) How spreads are made

An entire industry, worth five billion dollars in the USA (2008) alone,[i] has been built on the irony of destroying the reputation of butter and then trying to reproduce the substance. The main fat in butter is saturated fat, making it naturally solid at room temperature. Butter also has a natural colour.

The first part of the imitation process is to take liquid oils, usually cheap and low quality vegetable oils, and then turn them into solid fats in some way. The chemical difference between fats solid at room temperature and fats liquid at room temperature is that the solid fats have hydrogen atoms in the right place providing a more solid and stable structure. This is why butter is one of the safest fats to cook with. So the spread manufacturers need to add hydrogen atoms to their liquid oils in some way. We used to hear about hydrogenated fats and then we had partially hydrogenated fats, but whether or not the attempt is to fully or partially hydrogenate liquid oils, the process is the same. If the spreads industry are turning liquid fats into solids in a new/non-hydrogenated way – I invite them to share how. (See Post Script)

In the process of hydrogenation, the oils are heated and pressurised and hydrogen gas is added, along with a catalyst, like nickel, to produce a chemical reaction. The idea is that the hydrogen atoms end up in the gaps where they would be in a more saturated fat. Of course, the hydrogen atoms don’t end up exactly where they ‘should’. Some end up on the wrong side of the structure and you end up not with a saturated fat, but with a completely new fat completely alien to the body. These are what is known as trans fats – some atoms have ‘transitioned’/crossed over and are not where they should be. (Do I think that putting alien chemicals into the human body can cause heart disease, cancer and all sorts of harm? I think that I would be naive not to think this).

The substance at the end of this process is grey, smelly and lumpy, so it is bleached, deodorised and emulsifiers are added to smooth things over. The mandatory vitamins are added in at this stage because none could have survived that process. Finally, the stuff needs some colour to make it look edible, so, of course, the preferred colour is butter colour. (Canada retained the strongest legislative position on not allowing butter colour to be used. As recently as July 2008 Quebec became the last Canadian province to repeal its law that margarine should be colourless).[ii]

The processed spread is much cheaper, despite all the industrial operations needed. Real butter needs to come from a real animal and the best butter is hand churned. I checked an on line grocery store at the time of writing The Obesity Epidemic: What caused it? How can we stop it?, and the cheapest butter that I could buy was nearly three times the price of the cheapest spread. The butter was sold in 250 gram packets. The spreads were sold in 500 gram, or one kilogram, tubs.

To conclude the ‘how to imitate butter’ process, you need a health claim, a name and a marketing campaign. The health claim should be twofold: a) this is not a bad saturated fat (tell them what you are not – don’t tell them what you are); and b) add some plant sterols and then ‘sell’ cholesterol lowering ‘benefit’. The name and the marketing campaign go hand in hand. While welcoming any attack on saturated fat generally, and butter particularly, the spread companies launch products called “Utterly Butterly”, “Butter me up”, “Butterlicious”, “You’ll Mutter It’s Butter”, “Don’t Flutter with Butter”, “You’d Butter Believe”, “You’ll Never Believe It, Believe It or Not”, all spawned from the original “I can’t believe it’s not butter.”[iii]

You just couldn’t make this up.

There is nothing in the spread itself that would lower cholesterol (please remember we should never try to lower the body’s own production of cholesterol – but we’re working through this scenario to see what these spreads actually do). It is the plant sterols mentioned above that can impact human cholesterol. These can be obtained in tablet form, so no one needs to consume spreads, even if they are misinformed enough to risk consuming plant sterol. (Why didn’t the BHF tell people this and not go near spreads?)

As Dr Uffe Ravnskov, founder of the International Network of Cholesterol Skeptics and author of several books about fat and cholesterol, says: “It is correct that cholesterol goes down if we eat much plant sterol, but that doesn’t mean that it is able to prevent heart disease, because no one has ever tested that in a scientific experiment. What happens is that our own cholesterol is exchanged with a foreign type of cholesterol, not only in the blood but also in our cells and cell membranes. Is it really a good idea? Isn’t it likely that the molecular differences between animal and plant sterols have a meaning? I think so, and science is in support of my view.”

Dr Ravnskov has led the way in trying to investigate what happens if we unnaturally ingest large quantities of plant sterols. He notes that David Jenkins and 16 colleagues had an article published in the Journal of the American Medical Association raving about the ‘benefits’ of consuming plant sterols.

Ravnskov uncovered their conflicts of interests as follows: “According to the Conflict of Interest Disclosures ten of the authors were supported financially by Unilever and several other producers of the food types used in the trial. Here is for instance Dr. Jenkins´ list:

In addition Unilever Research and Development provided the donation of margarines used in the study.

Without the luxury of being funded by spread makers, Dr Ravnskov has found that “several studies have shown that even a mild elevation of plant sterols in the blood is a risk factor for heart disease”. (Further information and references for these studies can be found in Dr Ravnskov’s September 2012 newsletter ).

In spite of that, Unilever still advertise their margarine and other food products with high contents of plant sterols as “heart healthy” and now the British Heart Foundation is part of this scandal.

3) The particular issues with targeting women

Q) Why do eggs contain a lot of cholesterol?

A) Because it takes a lot of cholesterol to make a healthy chicken.

For women to make a healthy baby, they need a lot of cholesterol. The blog showing that high cholesterol is associated with low heart deaths and low overall mortality has details about the functions performed by cholesterol and why it is so utterly life vital to humans. When you understand the vital role that cholesterol plays in every single cell of the human body, not least the reproductive system, you can start to understand why cholesterol is so vital to all humans, and to women having or intending to have children especially. (You may also wonder why on earth such a critical substance for human health has been demonised so comprehensively – the next paragraph will give you a clue.)

Lipitor is the most lucrative of all statins. It has earned Pfizer in the region of $125 BILLION since 1997. The patient leaflet can be accessed here. The leaflet states “Do not take Lipitor
− if you are a woman able to have children and not using reliable contraception
− if you are pregnant or trying to become pregnant
− if you are breast-feeding.”

Nature makes a natural product for using in any and all circumstances when Unilever would no doubt prefer people to use one of their processed products instead. The natural product is called butter, but then there’s no money for Unilever or the BHF in promoting butter. Shame on both of them.

Post Script: The wonderful Dr. Malcolm Kendrick has found that there is a way of solidifying liquid vegetable oils without hydrogenation. The process is called Interesterification and Wiki tells us how it is done: “Interesterification is carried out by blending the desired oils and then rearranging the fatty acids over the glycerol backbone with, for instance the help of catalysts or lipase enzymes. Polyunsaturated fatty acids (PUFAs) decrease the melting point of fats significantly. A triglyceride containing three saturated fatty acids is generally solid at room temperature and not very desirable for many applications. Rearranging these tryglycerides with oils containing unsaturated fatty acids lowers the melting point and creates fats with properties better suited for target food products. In addition, blending interesterified oils with liquid oils allows the reduction in saturated fatty acids in many trans fatty acid free food products. The interesterified fats can be separated through controlled crystallization, also called fractionation.”

(Zoe note – the idea that real saturated fats may not be desirable and these manufactured fats may be better suited for ‘target food products’ may refer to the fact that these ‘fake’ fats are cheaper and have a longer shelf life – fine properties for a ‘food’ company, but not for a human). 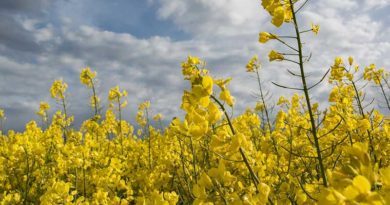 Lentils, fertility and the menopause