The British Dietetic Association (BDA) did some self promotion last week – they had an article in the Daily Mail attacking some fad diets, which they said should be avoided in the New Year.

Two were so ridiculous that they involved being on intravenous drips – not something that the average dieter could try, let alone would. One called “Alcorexia/drunkorexia diet” is not a recognised diet – it’s a type of behaviour practised by some women who eat less at times to be able to ‘save the calories’ for drinking sessions. The binge drinking is the more damaging behaviour, rather than the eating less at times.

Only two of the diets are recognised diets, which are featured in books: The Six Weeks to OMG diet and The Dukan Diet. I have reviewed both in detail. My review of The Dukan Diet is here. I don’t think that Dukan is healthy, but it will work for those who can stick to it and it doesn’t deserve the BDA’s “worst diet award” for the third year running. Unhealthy as it is, it is healthier than the BDA’s own advice.

I have reviewed Fulton’s OMG diet in detail for our on line club. The BDA don’t appear to have read the book, as I have done. The cold baths and black coffee are PR gimmicks – they don’t form part of the author’s diet rules. The Six Weeks to OMG diet could boil down to the following passage on p95, which is written exactly as follows – underlined, in bold and in capitals:

IF YOU WANT TO BE SKINNY, YOU MUST REALIZE THAT YOUR TOTAL DAILY CARB INTAKE IS THE BIGGEST DIET FACTOR TO AFFECT YOUR SUCCESS. THAT’S WHY I’VE USED BOLD TYPE AND CAPITALS!”

After these capitalised, bold, underlined words, Fulton says: “I can’t emphasize it much more than that!”

Indeed! The OMG book is all over the place, confusing, repetitive, annoying, gimmicky and all sorts of other things, but it’s essentially recognising that carb management is key to weight loss and I can’t disagree with that.

So let’s look at the BDA’s own advice to see if they are throwing stones from a glass house:

This cannot be called the eatwell plate. It is the antithesis of healthy eating. This is the BDA’s template for a healthy diet. The food groups are in proportions to indicate how much of one’s diet should be delivered from each segment.

The proportions are by weight. I did an interesting calculation to see what this means for daily calorie intake:

I started with 100 grams of starchy foods and then calculated the weight of the other categories, to maintain the proposed proportions. The weight of fruit and vegetables would also be 100 grams; milk and dairy would be 45 grams; there would be 36 grams of non dairy protein and 24 grams of foods high in fat and sugar. I keep a database of common foods, derived from the United States Department of Agriculture (USDA) nutrition database. I averaged all my sample foods for each of the five categories: starchy foods averaged 333 calories; fruit and vegetables 42; milk and dairy 183; meat, fish, eggs, beans 188 and foods high in fat and sugar 595 calories (all per 100 grams). This would give the estimated calorie values (for the weights of each segment of the plate) of 333, 42, 82, 68 and 143 respectively. If these are then scaled up in proportion for a 2,000 calorie a day diet, for an average woman, the five groups end up with 997, 126, 247, 203 and 428 calories respectively.

Thus starchy foods make up 50% of one’s diet, fruit and veg make up a mere 6%, milk and dairy accounts for 12% and non dairy protein 10%. The supposedly smallest segment, being so energy dense, ends up being 21% of calorie intake. This means that nearly three quarters of the BDA recommended diet is starch and junk. The facts on the UK intake of flour and sugar confirm this. We eat an average 1,150 flour and sugar calories per person per day – thanks to the BDA telling us to eat starch and junk.

This document from the BDA “Want to lose weight and keep it off?” trots out the classic definition of the calorie theory: “One pound of fat contains 3,500 calories, so to lose one pound a week you need to eat 500 less (sic) calories a day.”

My academic book, The Obesity Epidemic: What caused it? How can we stop it, completely dissects the calorie theory and shows that it has no evidence base whatsoever. One pound does not equal 3,500 calories and we will not lose one pound if we create a deficit of 3,500 calories. The formula fails at every level.

The BDA statement above is wrong at another level – it fails to cover the concept of deficit. It means that someone could eat 500 fewer calories a day, but still consume more than they need and therefore gain weight, let alone fail to lose. But all of this is unimportant, as the whole formula is nonsense.

I wrote to seven government and obesity organisations, over the summer of 2009, and asked for the source of the calorie formula and proof of it. The BDA was one of the seven organisations asked. Their response was: “Unfortunately we do not hold information on the topic that you have requested.”  No source, no evidence, no proof – none of this has stopped the BDA stating the formula as fact.

3) There are no bad foods, only bad diets

Dieticians have many well worn slogans:

– “Five-a-day” (a marketing campaign started by the fruit and veg industries, not an evidence based nutritional message);

– “Meat is full of saturated fat” (A typical sirloin steak is 71% water, 21% protein, 3.3% unsaturated fat and 2.1% saturated fat [minerals etc make up the difference and rounding errors]. Saturated fat literally is the last thing that steak is.)

– “There’s no such thing as a bad food, only bad diets” (please explain sugar, therefore).

Another article in the media last week was about how Buy One Get One Free offers (known as BOGOF’s) are fuelling the obesity epidemic. Towards the end of the article we find the following phrase: “Andrew Opie of the British Retail Consortium, which speaks for supermarkets, said: ‘There’s no such thing as an unhealthy food, only an unhealthy diet.'” Spoken like a true dietician.

When the food industry and dieticians are so beautifully aligned, you know that our official dietary advice must be terribly wrong. This is also not surprising given that the BDA partners with Birds Eye, Danone and Abbott Nutrition (get them as babies) and has informed me that that they have been delighted to work with the Sugar Bureau (the sugar industry).

The BDA dietary advice is what has made UK PLC fat and sick. The BDA then attacks diets that reject the conflicted BDA love of sugar and flour, with the kind of arrogance, ignorance and closed mindedness that I have come to know dieticians for. (There are a couple of lovely exceptions, but they are rare).

One of the slogans that dieticians most often repeat is “Trust a dietician to know about nutrition”. Fat chance! 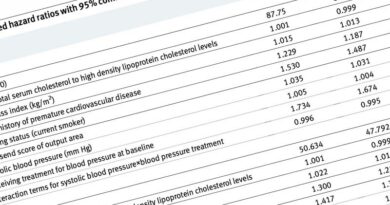 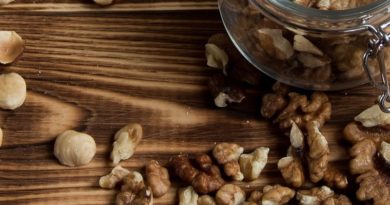 9 thoughts on “The BDA attacks diets, but what about theirs?”