“Twelve months ago, I had a cholesterol test that indicated a higher than acceptable cholesterol level of 5.5.

I took immediate action, lost one-and-a-half stone in weight, began walking 30 to 40 miles a week and completely changed my diet.

I now no longer eat red meat, sausage, bacon, cheese or chocolate, and have increased the amount of fruit, fibre and oily fish I consume.

However, a test last week showed that my cholesterol level remains slightly high at 5.5.

Is there anything else I can do to reduce this?”

Dr Scurr says: “Your cholesterol level, at 5.5 mmol per litre, is only just above the recommended top end of the normal range.”

Your cholesterol level is, in fact, completely normal. Here’s an extract (in blue) from my book The Obesity Epidemic: What caused it? How can we stop it?

“The average cholesterol levels for England were reported by the National Health Service (NHS) as 5.5 mmol/L for men and 5.6 mmol/L for women. (Ref 1) The NHS further noted that “two out of three adults have a total cholesterol level of 5mmol/L or above”. I found the BBC statement of the position statistically implausible: “The average total cholesterol level in the UK is 5.5mmol/l for men and 5.6mmol/l for women, which is above a normal level.” (Ref 2) What is the average, if not the norm? Even if we get into the detail of the mean, median and mode, surely the average for a data group defines normal for that data group. The notion that an actual norm is somehow abnormal – because it has been decreed to be as such, makes no sense. The normal distribution curve sets a norm by definition. For us to declare the actual cholesterol norm to be abnormal, is not normal in itself. This would be like suddenly declaring normal blood pressure to be 100/60 and not the normal distribution norm of 120/80, because we picked the number and declared it to be so.

In the Western Journal of Medicine, (May 2002) Thomas Samaras and Harold Elrick posed the question “Height, body size and longevity – is smaller better for the human body?” (Ref 3) The study took 100,000 males from six different ethnic populations – in the same city (California) to try to normalise other factors. The table had the following height orders (tallest first): African Americans; White Americans; Hispanics; Asian Indians; Chinese and Japanese (the first two groups were recorded as of equal average height – 70 inches). The age standardised death rates for all causes and coronary heart disease were included in the table. A clear pattern was immediately obvious. I calculated the correlation coefficients as 0.85 for height and CHD and 0.9 for height and all causes of death. What if we concluded that height were a cause of CHD (and all causes of death) and that we should therefore redefine the average height to declare the actual average of 69.7 inches (for all American men) to be abnormal. What if we picked an arbitrary new target 10% lower than the actual average (5.0mmol/L is approximately 10% below the actual cholesterol norm of 5.5mmol/L) and decreed that normal height should be approximately 63 inches. We could then stop the body from performing a normal bodily function (growth) by administering drugs to stop growth hormones from doing their job. I trust that this analogy disturbs you. The Chinese practice of foot binding – an artificial intervention in the normal development of the human body, to achieve an artificial ‘norm’ – was thankfully outlawed in the early twentieth century, but trying to reduce the normal cholesterol level continues.”

Dr Scurr says: “However, some individuals, no matter how rigorous they are with their diet, are unable to get their level down into the normal range.”

a) Susan is in the normal range b) diet has nothing to do with blood cholesterol levels (Ancel Keys: “There’s no connection whatsoever between cholesterol in food and cholesterol in blood and we’ve known that all along. Cholesterol in the diet doesn’t matter at all unless you happen to be a chicken or a rabbit.”)

Dr Scurr says: “This, as you know, is a frustrating situation, and is due to the liver naturally producing too much cholesterol.”

Dr Scurr says: “Although we do get cholesterol from food, most is made by the liver, and it is our intake of foods high in saturated fat that is thought to increase levels of ‘bad’ LDL cholesterol (the material that causes havoc with our blood vessels), though we are still unclear exactly how it does this.”

OMG! How many things can a doctor get wrong in one sentence:
a) There’s no connection whatsoever between cholesterol in food and cholesterol in blood and we’ve known that all along.

b) LDL stands for Low Density Lipoprotein. LDL is not cholesterol, let alone bad. LDL carries cholesterol and protein and triglycerides and phospholipids. How a carrier of four substances ends up being called one of them, I know not.

c) LDL is the residue of IDL (Intermediate Density Lipoprotein); IDL is the residue of VLDL (Very Low Density Lipoprotein). LDL, IDL and VLDL are all lipoproteins (think of lipoproteins as ‘taxis’ that transport cholesterol, protein, triglycerides and phospholipids around the body to do their vital, life saving work). Another lipoprotein (the largest) is called a chylomicron and this transports dietary fat from the digestive system around the body to do its vital work. How any dietary fat, saturated or otherwise, leaps out of chylomicrons and finds its way into VLDL and then IDL and then LDL “to cause havoc in blood cells” is not only unexplained, it is ludicrous!

d) The most interesting bit in the sentence is “we are still unclear exactly how it does this.” Quite so! Not only is there no evidence that dietary fat does impact LDL, there is no understanding of how exactly it can!

Dr Scurr says: “Treatment with a statin to lower your cholesterol level might be advisable…”

Susan needs to know what statins actually do in the human body. The body is designed to produce cholesterol. Human life depends on the body doing this. Statins impair the body from producing the cholesterol it was designed to make. Thankfully statins don’t work fully, or they would have a 100% death rate.

My letter to Susan would therefore be as follows:

Cholesterol is utterly life vital. We die instantly without it. We need it for every single cell of the body, the muscles, the brain, hormones, bile production, fat digestion, reproduction – it simply cannot be emphasised enough how vital cholesterol is.

It is so vital that the body makes it – the body cannot afford to leave it to chance that we would need to get cholesterol from our diet. This makes cholesterol even more vital to the body than essential fats and protein – as we need to eat these.

One statin alone, Lipitor, has been worth $125 billion to Pfizer since 1997. (Ref 4) This statin is the most lucrative drug in the world. It is not the only statin. There is huge financial benefit to statin manufacturers to try to artificially lower your cholesterol level. There is likely no benefit to you and substantial harm.

Statins stop the body from making the cholesterol that it was designed to make (not entirely, or they would have a 100% death rate).

Assuming that you had weight to lose, losing one and a half stone will have been beneficial for your health. Walking is also an excellent activity to have chosen – natural and enjoyable and this should have given you further health benefits.

Red meat from grass living animals is the healthiest food that humans can consume. It’s what we evolved to eat. Giving this up will have worsened your health and you may have lost vital complete proteins, essential fats, vitamins and minerals as a result. Giving up any processed food (including processed meat, which sausages and bacon tend to be) is always a good idea. Cheese is a vital source of calcium, phosphorus and magnesium (the bone nutrients, so vital for women to avoid osteoporosis), as well as fat soluble vitamins and protein, hence your health may also have suffered as a result of this random decision. Oily fish actually has more fat overall and more saturated fat than red meat (Ref 5). Not that any natural dietary fat is bad for you, but just to point out that you may not have achieved what you set out to achieve for whatever misguided reason. The only bad fat is the one made by man and found in margarines, spreads and many processed foods.

Do not worry about your cholesterol level. You should revere, not fear, cholesterol. The average GP knows frighteningly little about cholesterol, as Dr Scurr has illustrated.

The Hippocratic oath taken by doctors is “First do no harm”. In my opinion, doctors administering powerful drugs to stop your body doing what it was designed to do and to block the mevalonate pathway is not only in breach of the Hippocratic oath, it is medical malpractice.

p.s. if anyone knows Susan Bence, please send her this link. Her life could literally depend on it. 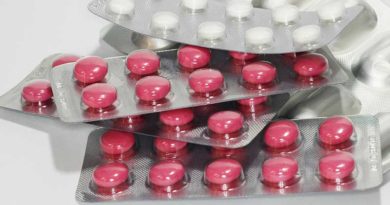 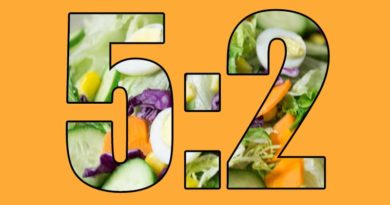 113 thoughts on “Why hasn’t my healthy diet cut my cholesterol?”