I’ve had so many queries from people about studying nutrition that this blog is probably long overdue.

Nutrition is a fascinating topic. There is little more important to human health than what and how we eat.  Modern epidemics of obesity and ill health are capturing media headlines and the attention of curious minds alike. This is a subject about which many people want to know more. However…

When I am asked to recommend a course on nutrition I can’t. I am not aware of a single programme being offered anywhere in the world, which is evidence based and which presents facts, rather than the current myths presented as facts. That doesn’t mean that there isn’t one, but I don’t know of one and I would be surprised if there were one given the extent of the misinformation being perpetuated by the vast majority of people working in this field.

What do you want to learn?

My starting advice to someone interested in studying nutrition would be to be specific about what you want to know. The British Dietetic Association curriculum for training as a dietician is detailed here. If this is your first higher qualification, the background in basic sciences and biology may be useful to you. For those who already have a degree and/or studied science to a reasonable level at school, reading a cell biology, physiology and biochemistry textbook will deliver the required background.

My passion is obesity. There is more than enough to study on this topic to do nothing else for the rest of one’s life. Hence I am not interested in (using the attached curriculum by way of example) immunology, microbiology, (food hygiene), clinical medicine, pharmacology, sociology and social policy, communication and educational methods and definitely not interested in ‘food’ science. Nature provides food – that’s the only food I want to understand. I’m not particularly interested in dietetics for the prevention of general disease (besides the fact that eating real food will achieve this naturally) and I’m only interested in public health to the extent of how we managed to get ourselves in the midst of an obesity epidemic.

When I set out to study nutrition more formally, I investigated training as a dietitian. I rejected the prospect very quickly on two grounds:

i) With 1.5 billion overweight people in the world, this is more than a big enough arena in which to specialise. As detailed above, I have no interest in the vast majority of the dietician curriculum and have no time to ‘waste’ on such topics when I could be spending that time reading obesity journals.

ii) Upon investigation of the weight management part of the course, I discovered that the first lesson is the calorie formula. I would be told that energy in equalled energy out and that to lose one pound of fat a deficit of 3,500 calories must be created.

A third reason became apparent when I was researching for my book The Obesity Epidemic: What caused it? How can we stop it? Conflict of interest…

Here are the sponsors of The American Dietetic Association. Here are the program partners of the Dieticians Association of Australia. Here are the major partners of the Dieticians Association of Australia. Here are the associate partners. I detail in my book, The Obesity Epidemic, how unwilling the British Dietetic Association is to disclose its conflicts of interest. After a number of email exchanges, a BDA spokeswoman confirmed “we have been delighted to work with the Sugar Bureau…” The chief executive’s foreword (Andy Burman) in the 2008-09 annual report of the BDA notes “We now have our first national partners with Danone and Abbott and we hope to announce new partners over the coming year or so.” There is reference to a “Bird’s Eye” education award, but no mention of other partners or sponsors. The accounts for 2009 showed a turnover of £2,359,013 with no details of the source for this revenue. The notes to the accounts, which could add detail to this number, are for the eyes of BDA members only. A press release, dated 1 March 2007 entitled Kellogg’s: commitment to health and wellbeing, informed me that Kellogg’s had been the lead sponsor for the British Dietetic Association’s annual obesity intervention campaign since 2002 (and may still be).

It is a complete disgrace that our nutritional ‘education’ has been infiltrated in this way. The partner that most disturbs me is Abbott Nutrition. This company makes an infant formula called Similac. The feeding guidelines on the Similac web site range from 1-2 weeks to 9-12 months, so this is clearly a product designed for babies. The can of baby formula, of the part that is not water, contained 43% corn syrup solids and 10.3% sucrose. “It’s a baby milkshake,” said a horrified Robert Lustig in the video “Sugar: The Bitter Truth“. I wanted to analyse a product for myself, so I chose Similac Isomil Advance, Soy Formula and the composition of this was 50% corn syrup, 14.2% soy protein isolate, 10.4% high oleic safflower oil, 9.7% sucrose, 8.2% soy oil and 7.5% coconut oil. If a baby is unfortunate enough not to be breastfed, the infant can be started on a diet of 60% sugar from the first moment something is put in its mouth.

It is clearly in the interests of ‘food’ companies to partner with those giving us dietary advice – and to start as close to birth as possible. Does the public know that our advice is so conflicted? How can we “Trust a dietician to know about nutrition” (their slogan) when this conflict of interest exists?

That’s the conflict inherent in our nutritional training, what about the content of programmes?

I only know one way to learn and that is to “get the facts”. I am a thinker, not a feeler. If I am told something I need it to be evidence based. I want to know the source of everything – where did that come from? when did this become known and so on. This stood me in good stead studying economics (maths, statistics options) at Cambridge. Applying the same rigour to the subject of nutrition was the most shocking thing I have ever done.

During the three years of full time research for The Obesity Epidemic, the following nutritional beliefs did not hold up to scrutiny. Please note – these points are only in the part of nutrition related to dietary advice and weight loss. There may be many more errors in the teaching of nutrition outside my areas of interest.

Starting at the very beginning – dieticians state that “energy in = energy out.” “You can’t change the laws of the universe”, they say. But there is no law of the universe that says  “energy in = energy out.” I detail in The Obesity Epidemic exactly what the laws of thermodynamics say and which law we have misunderstood and which law we have ignored.

We are told that 98% of diets fail (true for calorie deficit diets) but are continually told to “eat less/do more” despite this.

Five-a-day is a marketing myth. Eight-a-day (drinking) is similarly fabricated. Alcohol guidelines are numbers “picked from the air.”Fruit is essentially sugar (fructose/glucose – aka sucrose) with vitamin C and not much else by way of nutrition. Offal, red meat and butter, the foods most often condemned by diet advisors, are nutritionally exemplary.

Check out this free ebook or any of these presentations: Calories, Energy Balance, Thermodynamics and Weight Loss; Ten diet myths; The Obesity Epidemic to find out more.

I cannot recommend any dietetic or nutrition course because I know of none that will teach the truth about everything from thermodynamics to the role of insulin in fat storage. My genuine recommendation is that you need to study via amazon (Sean Croxton, Underground Wellness, concluded the same) and medical journal web sites.

Read Mary Enig and Sally Fallon Morell on fats; Uffe Ravnskov, Duane Graveline and Dr Malcolm Kendrick on cholesterol and the lipid hypothesis; The Diet Delusion (Gary Taubes); critical reviews of all of these and weigh the evidence for yourself. There will be many more non- conventional wisdom works for different areas of interest. The seminal journals to be read include Benedict (1917); Newburgh & Johnson (1930); Hugo Rony (1940); The Minnesota Starvation Experiment/The Biology of Human Starvation (1950); Stunkard & McLaren-Hume (1959). The Seven Countries Study (1970); The COMA report (1984). There are 400 references here for convenience – the books and journal articles are recommended.

When I started to question the origin of the calorie theory (1lb = 3,500 calories, so to lose 1lb you need to create a deficit of 3,500 calories), I asked the Department of Health, the National Health Service, the National Obesity Forum, The National Institute for Clinical Excellence, the Association for the Study of Obesity, Dieticians in Obesity Management and the British Dietetic Association. None could source the calorie theory. None could prove it.

The British Dietetic Association reply was: “Unfortunately we do not hold information on the topic that you have requested.” It was suggested that I contact a dietitian. I happened to be with several dietitians at an obesity conference later that month (June 2009), so I asked fellow delegates and no one knew where the 3,500 formula came from. No one knew where the ‘eatwell’ plate proportions came from. One dietitian said to me “You’ve made us think how much we were just ‘told’ during our training, with no explanation. A group of us over there don’t even know where the five-a-day comes from.”

I rest my case! 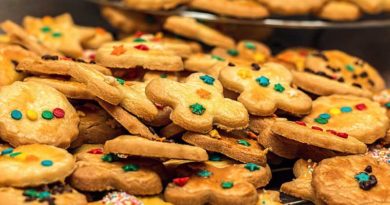 24 thoughts on “Nutrition – where will a student be taught the truth?”