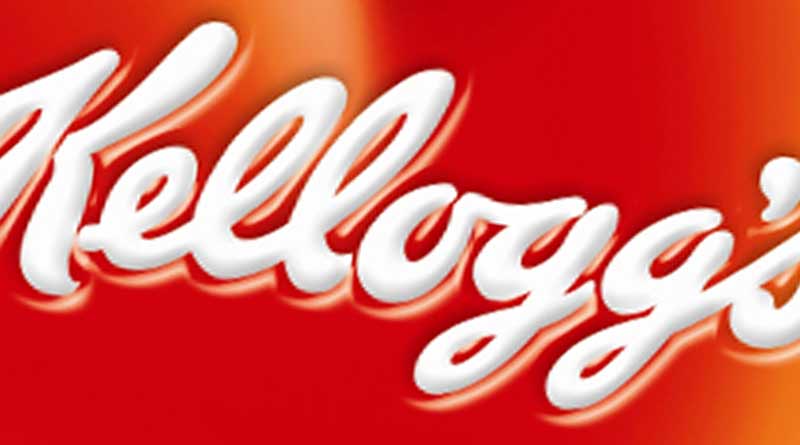 Bit of a long blog this, but hopefully worth it!

1)  I subscribe to the Children’s Food Campaign newsletter and support their campaigns.

The CFC got a great article in The Independent, which can be seen here.

2) This was an extract from the Children’s Food Campaign January newsletter: “Ever thought of avoiding Coco Pops after school?”

“A new advertising campaign from Kelloggs, suggesting to children “ever thought of Coco Pops after school?” has been eliciting outrage from parents on forums such as Netmums and Twitter. We think it’s shocking that Kelloggs, who are partners of the Government’s Change4Life health campaign, are encouraging children to eat more sugary cereals (Coco Pops are 35% sugar) when one of the key messages of the Change4Life campaign is “sugar swaps”, encouraging families to swap snacks with added sugar for low sugar or sugar-free alternatives. If you’d like to complain, you can email Kelloggs at [email protected] You might also like to copy the Department of Health into your email to make them aware of your concerns: [email protected] .”

3) So, of course, I emailed Kelloggs Corporate responsibility and the Department of Health as follows:

Dear Department of Health and Kellogg’s (30/1/2010)
I am writing to complain about the advert encouraging children to eat Coca Pops after school. It is bad enough that our young people start the day with a bowl of sugary cereal (coca pops being 34% sugar). It is even worse to think that children are being encouraged to have another bowl after school. We are fighting an obesity epidemic and any sugar (empty calories) either displaces other nutritional food, which adversely impacts health, or it is eaten on top of other nutritional needs, which adversely impacts weight. There is no room for sugar in a healthy diet – let alone this amount being pushed on parents and children alike as a fun thing to do with cartoon animation etc.
That Kellogg’s does this is not a surprise – it’s a private company looking to maximise brand profitability for shareholders. That the Department of Health has Kellogg’s as a Change for Life ‘partner’ is a disgrace. Department of Health – you lose all credibility as an advisor to UK citizens having such blatant affiliations with the food manufacturers.
I look forward to your response
Kind regards – Zoe Harcombe , Obesity researcher

4) You then get an auto reply from the Department of Health saying they will reply within 20 days,  but I did get a letter back from Kellogg’s on 3/2/2010 – fair do’s – pretty speedy. Here is the response (I’ve put in my comments along side each ‘defence’):

Re: COMPLAINT TO KELLOGG’s ABOUT COCO POPS ADVERTISING

I wanted to contact you following your recent email to Kellogg’s about us promoting our Coco Pops cereal as an after school snack.

The reason for recommending Kellogg’s Coco Pops with milk as an after-school snack is no different from recommending it for breakfast – it’s a nutritionally sound product that is suitable as part of a healthy balanced diet.

The fact is Kellogg’s Coco Pops is a low fat, low saturated fat food, containing just 175 calories per serving with semi-skimmed milk.  It provides 25% of the RDA (recommended daily allowance) for six B vitamins and 17% of the RDA for iron and calcium, as well as encouraging the consumption of milk which is normally eaten with our products.  In fact, 40% of milk consumed in Britain is with cereals. , and breakfast cereals are the leading source of iron in the diet of UK children . (Zoe comment: Coco Pops are low fat because they are a cereal and cereals are predominantly carbohydrate! Coco Pops have vitamins because they are ‘fortified ‘ because they would be nutritionally lacking if they weren’t and even more vitamins are added when people drink milk  – so give your child a glass of milk when they get home).

When it comes to sugar, one portion of Kellogg’s Coco Pops has just 10.5g – approximately two teaspoons.  To put this into context: a portion of fruit yoghurt contains 20g of sugar and toast and jam has 13g . (Zoe comment: sugary yoghurts and jam are also full of sugar  – this doesn’t make our product good, but we’ll compare it to other bad stuff to try to make it look good).

Breakfast cereals provide only 5% of the adult daily intake of added sugars in the diet – compared to 37% from drinks, 32% from sugar, preserves and confectionary and 14% from other cereal products such as cakes .  Breakfast cereals contribute 6% of the average daily intake of sugar in children yet up to 30% of some micronutrients such a B vitamins and iron. (Zoe comment: so let’s double the intake of sugar from cereals, by getting kids to eat them after school, as well as before school, as cereal manufacturers are missing out on their share of the ‘junk’ market. Check spelling of confectionEry also).

Sugar adds to the enjoyment of food with no detrimental effect to health – there is no scientific evidence showing a link between sugar and obesity, cardiovascular disease, diabetes, hyperactivity or cancer. (Zoe comment: I love this one! I didn’t actually suggest that sugar is behind the major killer diseases of the modern day, but, now you mention it… See Warburg, see Yudkin… what was my quote again? “If we have been eating food as nature intended for 24 hours then agriculture, which gave us large scale access to carbohydrates, started 4 minutes ago and our consumption of sugar has increased 20 fold in the past 5 seconds. I wonder which substance is more likely to be responsible for obesity, diabetes, or indeed any modern disease…”)

What I hope we can agree on is there’s an established link between excess calorie consumption and weight gain.  So – given the obesity challenge we all face – it seems prudent to compare the amount of calories in Kellogg’s Coco Pops and milk to many typical post school snacks. A serving of Kellogg’s Coco Pops with milk contains around 10% of a child’s calorie GDA, a suitable amount for a snack. A typical milk chocolate bar is 255 calories; a 4 finger chocolate and wafer bar is 213 calories and a bag of chewy fruit flavoured sweets is 222 calories. Kellogg’s Coco Pops with milk have noticeably fewer calories and less sugar then most of these options and provide many positive nutrients the other snacks do not. (Zoe comment: No. We can’t agree on this. I actually don’t care about calories – they are just fuel. I care about empty calories – sugar – which deliver fuel with no nutrition. This is what an obese society cannot afford to consume).

As a mum of two I understand the need for kids to have a quick snack when they got home hungry from school.  But, we don’t see any evidence that encouraging Kellogg’s Coco Pops as an after school snack prevents children from snacking on fruit. (Zoe comment: Are they eating both?! Not much room left for a good dinner eh?)

Independent research shows 90% of mums  give their children a snack after school, therefore we are not encouraging an eating occasion that would not normally happen.  The top six foods eaten being crisps, fruit, sweets, yoghurt, chocolate and biscuits.  Those who said that they would choose Kellogg’s Coco Pops with milk as an alternative said it would replace (in descending order) crisps, chocolate, sweets and biscuits – not fruit or yoghurt. (Zoe comment: So parents who give their kids junk now have another option. The parents that give fruit will still do so. This is the argument used by cigarette manufacturers – we don’t increase the size of the market – we just encourage people to swap brands).

Therefore, having Kellogg’s Coco Pops with milk as an after school snack does not discourage the selection of fresh fruit, and also encourages the consumption of milk and provides essential micronutrients – an accepted dietary recommendation.

It’s for these reasons we don’t see promoting Coco Pops as an after school snack as being counter to our involvement with Change4Life. (Zoe comment: see what else Kellogg’s sponsor below…)

I’d like to assure you that at Kellogg’s we ensure all of our marketing and advertising is rigorously reviewed so that it complies with the relevant CAP broadcast and non-broadcast advertising codes.  (Zoe comment: None of this matters much because we comply with the advertising standards code, so we can do what we want!) I’d also like to advise you the current Coco Pops outdoor advertising campaign comes to its natural end this Friday.

I appreciate dialogue via a letter isn’t always the most productive.  So, I or a member of my team of nutritionists would be more than happy to meet with you and discuss your concerns in person.

(Zoe: I’ve left out the name and contact numbers for privacy, but after the job title is “State Registered Dietitian”) (Zoe comment: why am I not surprised?! The Kellogg’s Senior Manager for nutrition is a dietitian. The head of the Sugar Bureau is a dietitian. The British Dietetic Association (BDA) is “delighted” (their word) to be ‘in bed with’ the sugar and flour organisations. Kellogg’s are the sponsors of the British Dietetic Association’s annual conference on obesity. The American Dietetic Association is sponsored by Mars, PepsiCo, Kellogg’s, Unilever, General Mills and Coco-Cola. The BDA won’t tell me their sponsors – can’t think why. And then the dietitian primary slogan is “Trust a dietitian to know about nutrition”. Not when every dietitian I have met defends sugar I won’t!)

How does a 6 year old become 8 stone?

School’s out and we’re off to FAT CAMP 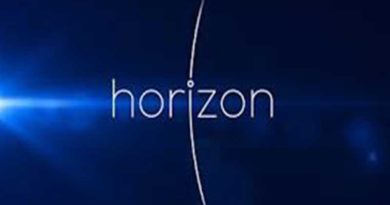