At last, new health warnings are to be issued about statins. Can you believe that more than 6m adults in the UK (that’s over 12% of our adult population) are on these very lucrative drugs? (Lipitor alone has brought in $12.9 billion for Pfizer – and still counting!)

Twenty years ago, GP’s would only get interested in a cholesterol level above 7.0 mmol/l. Ten years ago this became 6.5. Today, any number above 5.0 mmol/l makes you a prime candidate for statins, despite the fact that the largest and longest study in the world (the Honolulu study – The Lancet 2001) showed that more people with low cholesterol levels die (suffer mortality is the technical term) than those with higher cholesterol levels. This study is by no means alone in suggesting that low cholesterol levels are not good for your chance of dying.

The 5  side effects that statin victims are going to be told more about in future are 1) sleep disturbances, 2) memory loss, 3) sexual dysfunction 4) depression and 5) a rare lung disease that can kill if left untreated. These all seem pretty important side effects to tell people about! The ones that they are already warned about include muscle wasting, fatigue and extreme tiredness – not surprising when you think of the vital role that cholesterol plays in every cell of our bodies.

I read the Daily Mail article on this (the Daily Mail is great for diet and weight articles – every article that is not about house prices is about diets!) and there was a lot of factual inaccuracy/bad science in the article:

The ‘box out’ in the article described statins as “drugs which work by lowering levels of bad LDL cholesterol which can lead to furring of the arteries”. Three bits of nonsense in here:

1) Statins work by blocking HMG CoA reductase. You don’t need to know what this is. You just need to know that cholesterol is synthesised (made) in the liver and there is a c. 14 step chemical process by which cholesterol is made. Statins block one of the earliest steps in this process,  so they inhibit the liver from being able to do one of its jobs – to produce cholesterol. So statins don’t work by lowering levels of bad LDL – they work by impairing the liver’s abilty to make cholesterol. This is an important difference. Not least because, downstream in this chemical process, the blocking of HMG CoA also means that Coenzyme Q10 synthesis is also blocked. Google this little darling and you will discover that it has been called the ‘spark plug’ of the human body. It plays a key role in energy and wellbeing and statins block this too. Bit of a bummer!

3) There may be a bit of truth in the furring of the arteries bit, but not how is implied here. The FSA type advert (and the latest Change for Life snack advert), which suggest that fat clogs up our arteries is grossly irresponsible. If fat blocked any part of our circulatory system, common sense says that our veins would be blocked first. Yet they never block – never! This therefore means that the walls of the arteries can suffer damage in a way that vein walls don’t and/or can’t. There are many theories about how arterial walls can suffer damage (stress, drugs, sugar, other modern substances that we put in our body that our bodies are not used to, smoking etc) and then the idea is that ‘scabs’ form over the damage and fatty acids and lipoproteins can get caught on these scabs. This is a great explanation for why LDLs can be found at the scene of the crime, but without having caused plaques in any way. (There is another theory about very small LDL particles, which is very interesting and also very plausible.)

The final crime about this whole story is that the leaflets were due to go out in these drug packets in Feb of last year (2008) and they have been delayed until Nov 2009. I wonder who could have delayed them!? Surely not the companies making loads of money from them?! 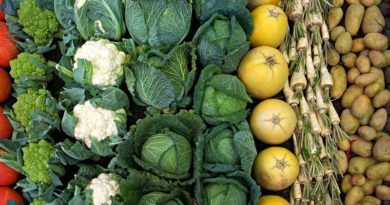 We die instantly without cholesterol so why do we try to stop the body making it?

2 thoughts on “Side-effect alert for all statin users”