This article is tragic – all about Samantha Clowe, only 34, who suffered heart failure 11 weeks after starting LighterLife. She lost 3 stone in that time and then her life. My heart goes out to her family and her fiancé Andrew Smith, who found her collapsed at their home in Leeds.

The coroner’s inquest said that it was “highly likely” she died from cardiac arrhythmia – where the heart beats abnormally – but he could not say if LighterLife played a part. I can understand why a coroner has to err on the side of caution, but the facts surely are these – a young, otherwise ‘fit and well’ woman started a c. 550 calorie a day diet and, 11 weeks later, was dead. Ask 100 reasonable people if they think she would be dead had she not started the diet and I bet the vast majority would say “unlikely”.

What shocked me most about this article was the GP view from Dr Scurr, who writes in Good Health every week. He declared himself “a big fan of commercial diets, even crash diets such as LighterLife”. He goes on to say “Indeed, often it’s only going on a low-calorie diet that finally convinces people what the problem is.”

Oh yes, I forgot, we need to be reminded that we are fat, greedy pigs and we need to eat less and/or do more. Aside from the fact that every obesity journal that has independently assessed the success of eating less (let alone doing more) has concluded that this doesn’t work. Eating less (let alone 550 calories a day) will make us want to eat more and do less – the exact opposite of what the goal was in the first place!

An additional tragedy is that Samantha could have lost stones before her wedding, safely and quickly, by eating food in the form that nature intends us to eat it in sufficient and nourishing quantities and by avoiding processed food. Do you know the primary ingredient in liquid meal replacements? – sugar! 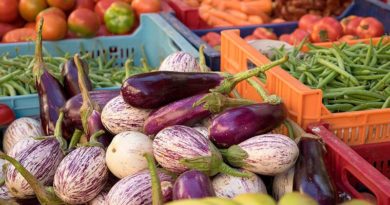